Prayers going out to fam & friends in the Northeast. Since Sandy, many still don't have power & heat. Now Winter Storm Athena is on its way.

Tri-staters and New Englanders still reeling from the devastation caused by Hurricane Sandy are now facing a potentially serious winter storm, nicknamed Athena. Hundreds of thousands are still without power after Sandy:

Some 600,000 people and businesses are still without power as new winter storm hits NY, NJ – http://t.co/jKvElyuv

The Red Cross is already making preparations before the worst of the storm hits:

Red Cross spokesman Shimanski: Some operations will be suspended due to upcoming winter storm.

Red Cross spokesman Shimanski: "Encourage people to hunker down, check on neighbors" ahead of winter storm

Red Cross spokesman Shimanski: This week, "we'll have a major push" in NY, NJ due to #Sandy and new winter storm

Snowfall has already begun in many areas, and citizens are nervous.

The blizzard has arrived and is blanketing the giant fallen tree #Sandy took down in our yard last week. http://t.co/IxnWkvBv

Outside in #Southport looks like the Bride of Frankenstorm is here. #noreaster

Jeez it's coming down hard #noreaster

Another #storm?! REALLY?! It has been less than a week since the super-franken-storm and now a nor'easter… #sandy #noreaster

Nor'easter in Chinatown. The snow rain has us running for cover. #noreaster #chinatown #nyc http://t.co/l1H0cdXa

Some residents of bruised and battered Staten Island are being advised to evacuate:

police ride along on #statenisland… they're advising residents of zone A to evacuate ahead of the #noreaster. pic.twitter.com/G33IiaF6 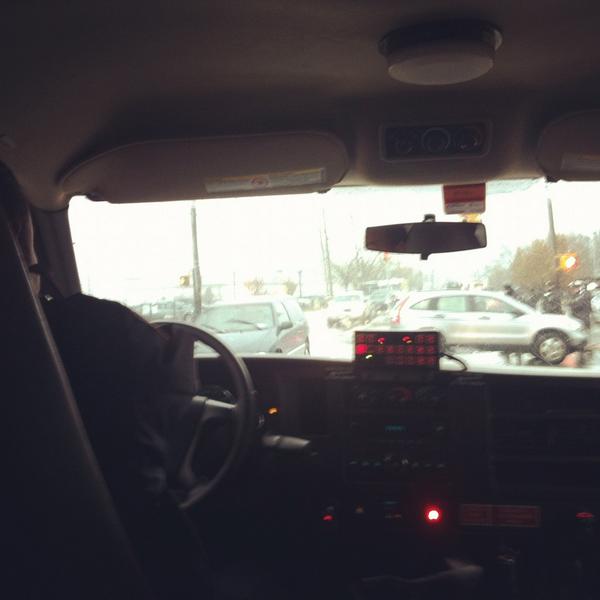 And flights in and out of LaGuardia are being canceled:

Approximately 420 flights to/from LGA Int'l Airport have been cancelled due to weather. #noreaster

Our thoughts and prayers are with those in Athena’s path. We hope the storm will pass quickly and that all those affected will stay safe.