The time is quickly running out on President Obama’s term in office, and in a last-ditch effort to drum up support and puff up his ego, he’s once again spiking his trusty bin Laden football, complete with creepy Soviet-era propaganda-style poster: 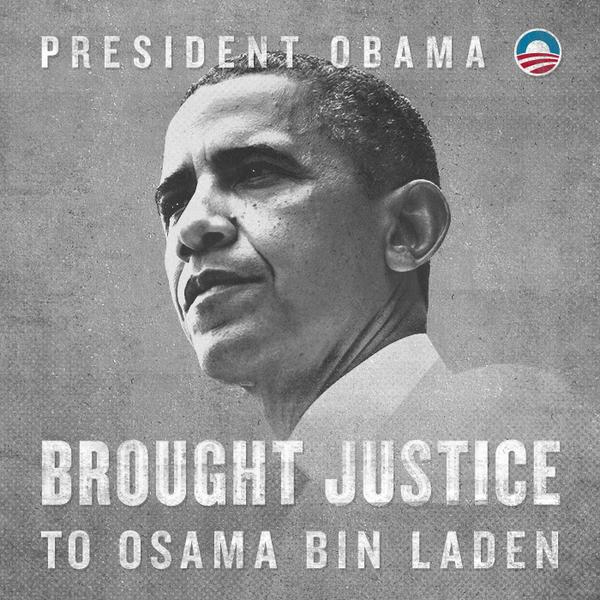 Why haven't I heard about this before now?! #gamechanger MT @BarackObama: President Obama ordered the raid on Osama bin Laden’s compound

I'm not clear yet on whether @BarackObama ordered the raid that killed Osama bin Laden. As in did his job. Somebody? Help me out here!

@BarackObama I'm pretty sure the men of the US Navy brought Osama bin Laden to justice, not you.

@BarackObama Our Seals brought justice to Osama Bin Laden and then you left them to die in Bengazi! You did nothing either time! Disgusting!

No shit! Thanks for the reminder. MT @BarackObama: Obama ordered the raid on Osama’s compound, eliminating the man responsible for 9/11.

(re bin Laden raid) @BarackObama Holy crap!! Really? That's great. What a game changer. I wish you had said so sooner. Now get off my lawn.

@BarackObama That's actually pretty weak since you passed on that order three times, and will now forever be known as President #StandDown.

Let US amb to Libya die, too. MT @BarackObama ordered the raid on Osama’s compound, eliminating the man responsible for the 9/11 attacks

Indeed. For a someone so quick to play the bin Laden card, the president remains conspicuously silent on his role in the deaths of four Americans in Benghazi.

Tomorrow, it’s America’s turn to make a gutsy call and vote that man out of office.