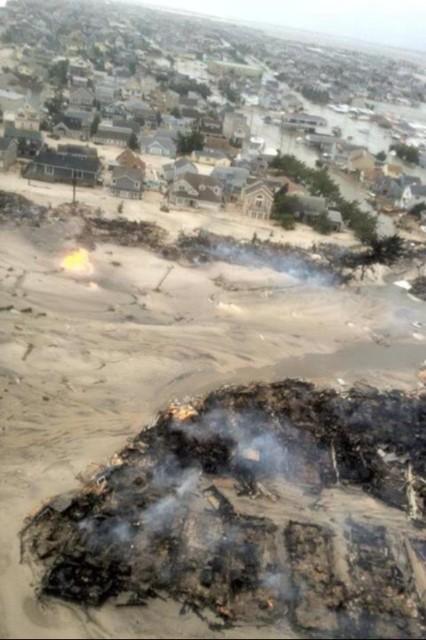 Hurricane Sandy has been hammering New Jersey for days now, and Seaside Heights, where “Jersey Shore” is filmed, has really taken a beating. Floods have ravaged the borough, and Jersey residents are heartbroken:

Just saw seaside update on TV! This is crazy living there for 4 summers & seeing in such disaster! What do u mean no more boardwAlk?

50 feet of the pier at seaside heights collapsed!!! This is so depressing! #screwyousandy

Seaside heights is a wreck, so scary

seeing what happened to seaside heights is devastating

This is true. RT @JohnLeighty1: @chrismayphilly Rumor has it that Seaside Heights pier is wiped out! Any truth to it? pic.twitter.com/RxGLWP2y

For many people, the destruction of iconic Seaside Heights symbolizes the loss of a part of their lives:

R.I.P. Seaside Heights you will be forever missed #thecabsarenolongerhere #jerseyshore

I'll be reserving sleep for dreams of my summers in Seaside Heights, now destroyed.

As one of the millions who grew up spending summers at the Jersey Shore, the devastation at Seaside Heights is saddening. #Sandy

So many summers down in Seaside Heights, and it's gone. ): If you want to help, please donate at http://t.co/82BwcMcx! pic.twitter.com/jALLE3sz

We extend our continued thoughts and prayers to those affected by Hurricane Sandy.