Alas, it’s no joke. MSNBC just keeps finding new sharks to jump. Today, they brought on James Lipton, host of “Inside the Actor’s Studio,” as a post-debate analyst. Yes, really. Lipton was last seen on MSNBC after the second presidential debate, where he referred to President Obama as Gary Cooper-esque.

Why the hell is james Lipton doing political commentary

James Lipton: They key word here is sweatiness – Romney had that problem before #NowWithAlex

James Lipton: I sensed Romney had stage fright. It becomes apparent with sweat. Romney did not seem comfortable #NowWithAlex

James Lipton: Timing is very important – Romney's was impeccable in the first debate, but far from that in this last debate #NowWithAlex

James Lipton says Romney "sounded like a luddite, and he began to sound old." @NowWithAlex

James Lipton: I think Obama is unhappy with Romney, and he's not trying to disguise it. Besides, a new Romney keeps showing up. #NowWithAlex

James Lipton: Romney is as elusive as a phantom – and that's very annoying as a debater #NowWithAlex

Not nearly as annoying as having to listen to James Lipton do political analysis. And, if we’re being honest, Obama’s entire political career is based on his elusiveness.

A little gift for Mr. Lipton after his masterful debate wraps for #NowWithAlex. He's a big fan and collector of whales pic.twitter.com/5nFla5nQ 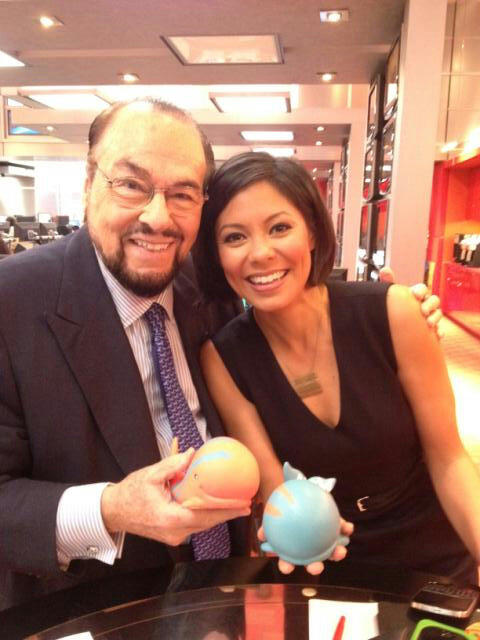 It’s no surprise he’s such a whale fan, considering his own very active blowhole.

You can watch the “analysis” here.

Amen to James Lipton. A diffent Romney show up for diffent event.

"There's a term of art we have in theater… It's called 'sweatiness." How do you not love James Lipton??? @NowWithAlex

Luv him MT @TheReidReport: "Romney..the min you think you got him pinned down he disappears in a puff of smoke and mirrors." James Lipton

James Lipton is the man ! he has such good insight. I could listen to him for hours. Lipton is right Romney was off balance and confused.

You’re in luck. When you listen to James Lipton, it always feels like he’s talking for hours.

@NextWithAlex I love James Lipton! You have to bring him back soon. Great analysis.

James Lipton needs to have a permanent segment on #MSNBC #NowWithAlex

I say next election, we just get James Lipton to moderate all of the debates…

We can see it now: “President Romney, what is your favorite curse word?”

Meanwhile, conservatives called the entire spectacle out for what it was: complete B.S.

Romney labeled Obama friends of the worlds worst actors. So naturally MSNBC has James Lipton on.

Like an appointment for a colonoscopy… RT @LukeRussert: James Lipton on @NowWithAlex MSNBC now is appointment TV

Oh for crying out loud. MSNBC is discussing "flop sweat" re the debates.

It’s all about the issues.

Ed Rendell is sitting there listening to James Lipton and his face says, "This is the stupidest thing ever. Get me out of here."

Since when is the guy from the actor's studio a political consultant?

Since the dimwits at MSNBC bestowed that title on him, apparently.

Scrumtrulescent RT @BDayspring It's amusing to me that #MSNBC has turned James Lipton into a political commentator. Just bizarre.

Exactly. Lipton can pretend to his heart’s content that he is qualified to perform legitimate political analysis, but, in reality, he’s doing nothing more than sycophantically praising the biggest actor of them all: Barack Obama.