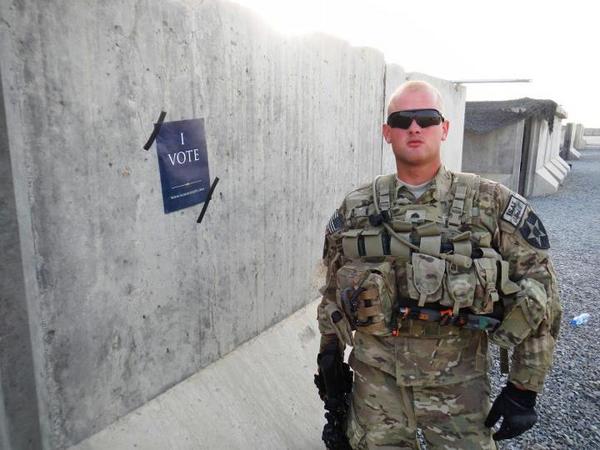 As Twitchy reported earlier today, at least 30 Wisconsin municipalities failed to send absentee ballots to members of the military before the 45-day election deadline. Absentee ballot requests are dropping in other battleground states, as well. Our men and women in uniform deserve far better. And while they may not be able to count on their local government to ensure their votes count, they can still make their voices heard.

The Heroes Vote Initiative aims to assist members of our armed forces with obtaining and submitting absentee ballots, processes which have traditionally proven difficult. Military voters and their spouses can request absentee ballots here.

It's your right! YOU fought for it! Now get off your cans and exercise it! http://t.co/PNNX7h06 Get #ElectionReady here http://t.co/RzgwcQHL

Twitterers are already getting the word out:

Military members are voting in historic low numbers, why? Get your absentee ballots here: http://t.co/NlnOPGQ6

With Election Day looming, please, share this link with all Active Military and ask that they do the same. Time… http://t.co/VaAbciBM

Please reach out to military, your family& friends, to get their absentee ballot so they can vote in the election. http://t.co/0YfaQzNq

We need to get the buzz going!

You know better than most, individual actions matter. Don't be silenced in Nov. Get #ElectionReady http://t.co/RzgwcQHL pic.twitter.com/9nbryKqK 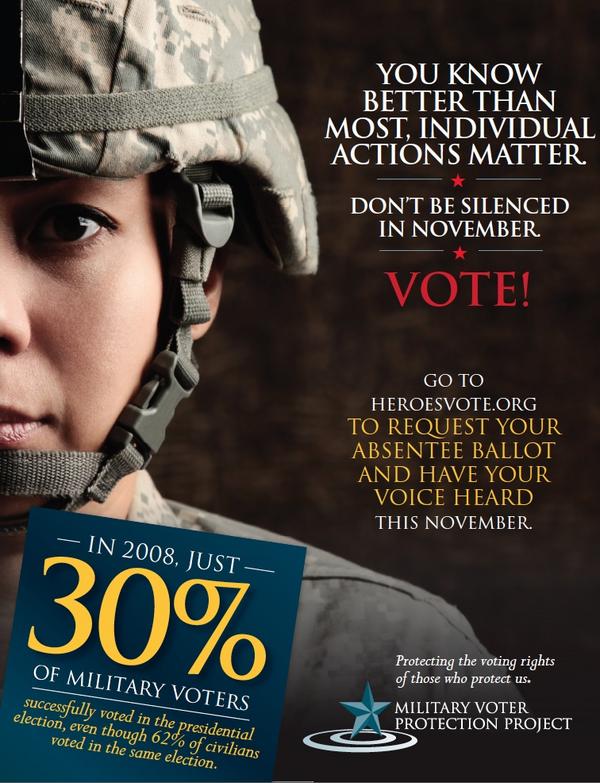 Please help to spread the word about this important initiative. Our military fights for us every day. Let’s return the favor.