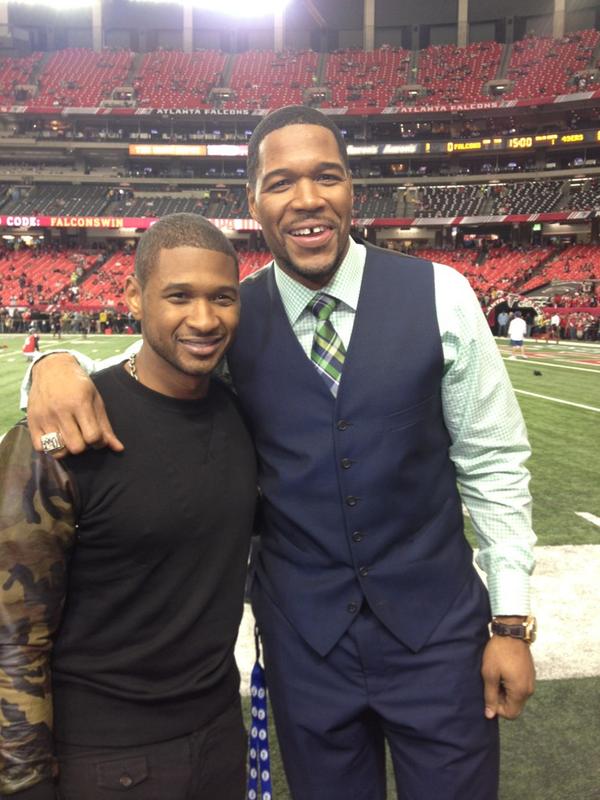 The NFL star and the pop star sat together while Carly Rae JepsenŌĆÖs ŌĆ£Call Me, MaybeŌĆØ played in the background. They bopped to the bubble-gum hit to the amusement of viewers. Well, Usher, not so muchŌĆ”

I love that @michaelstrahan was rocking out to "Call Me Maybe" before the half! Love him!

Michael Strahan and Usher sitting together on the sidelines, gently swaying in time with "Call Me Maybe"

Michael Strahan was totally just jamming out to Call Me Maybe. And he was sitting next to Usher. Lol

Michael Strahan, sitting next to Usher, and bopping to "Call Me Maybe" = bizarro world.