Tommy Lee Jones didn’t think much of the Golden Globes award show jokes. But viewers thought the world of the actor’s reaction to the spectacle. The Tommy Lee Jones-meets-McKayla Maroney-meets-Grumpy Cat moments have already been memed, hashtagged, and trended. Forever.

I knew Tommy Lee Jones reminded me of someone! #goldenglobes pic.twitter.com/WxgluXUo 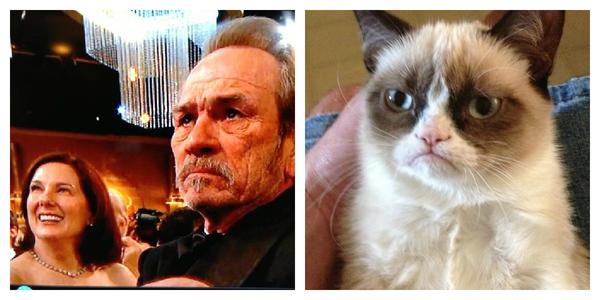 People have never learned Tommy Lee Jones does not have a happy face.