Keeping secrets is hard with so many family members! Especially when you are so freaking excited!!!!! LOVE is everything!!!!

Twitter is flooded with news tonight that fame-mongers Kim Kardashian and her boyfriend Kanye West are expecting a child together.

West announced the news at a concert in Atlantic City:

Kanye West just announced on stage at the revel that Kim Kardashian is pregnant. 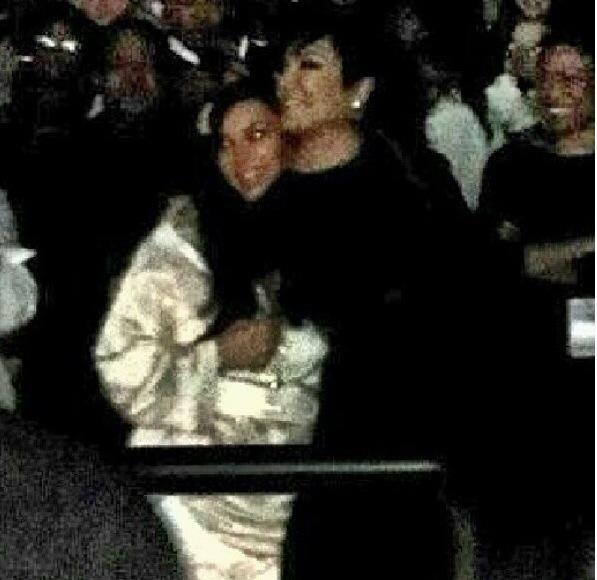 KIM KARDASHIAN IS PREGNANT!!! I could legit cry. So happy. Omg. Lmao I'm the most pathetic fan.

KIM KARDASHIAN IS PREGNANT. I love celebrity news. I get so happy for them as if I know them, I'm pathetic.

…or shrugged its shoulders.

So what if Kim Kardashian is pregnant. I'm sure there plenty of other women out there who are also pregnant #imjustsaying

So word on the street is that Kim Kardashian is pregnant huh? What else is she going to do for attention.

Why are you all so fascinated about Kim Kardashian being pregnant? Is this really what my generation has come too? wow

Kim and Kanye have been together or messing around with each other for years. She's pregnant. Who cares?

Many wondered if this was another Kardashian publicity stunt:

What if Kim K being pregnant was a publicity stunt lmao ??

Soooo, is Kim REALLY pregnant or is this a stunt??

I'm convinced that this is a publicity stunt. Kim ain't pregnant.

@michellejcyrus @michellemalkin Hope @kimkardashian likes being a mom more than she liked being a wife. #72days #kardashianpregnancy

Bruce “Backseat” Jenner could not be reached for comment.

Hmmm, was this a hint from November?

Signs from November you guys RT @kanyewest: MY BABY http://t.co/4loUHOwr

Update: Well, #kimyebabynames is trending. This family sure knows how to work social media.

I wonder what Kim and Kanye's baby name will be? Probably something ratchet… like Gucci Dash Swerve West. #KimyeBabyNames

You know Kanye gonna name that baby after himself. Girl or boy. #KimyeBabyNames

And TV’s Andy Levy for the win!

Let Raphael Warnock be clear: Just because he won ‘doesn’t mean that voter suppression does not exist’