Details are still sketchy, but San Antonio, TX., residents and local reporters are spreading word about a shooting at a local movie theater:

Shooting at the Mayan Theater here in San Antonio. Details very sketchy right now. Latest on the Nightbeat at 10:24

Here's a look at the scene at the Mayan Theater from photographer Tim Stewart. #KSATnews pic.twitter.com/fknW8ivV 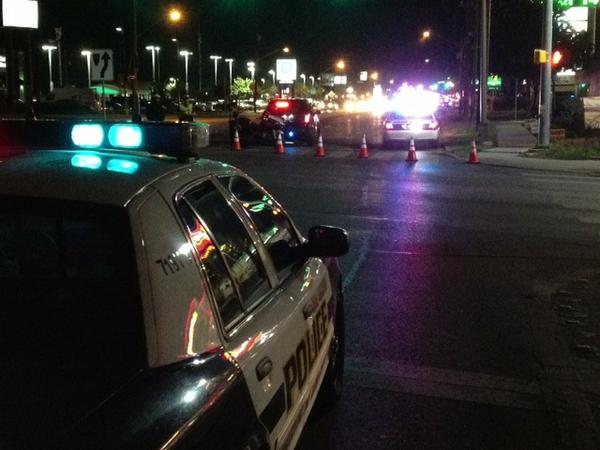 There was a shooting here in San Antonio at the Mayan Movie Theater….. Ugh what is wrong with this generation…

NOW A SHOOTING IN A MOVIE THEATER IN SAN ANTONIO!?

The world is honestly going to turn into a huge crime scene. #AreTheMayansRight
?

In San Antonio Texas there was a shooting at a movie theater several people injured, what is this world coming to?? Lord help us

Shooting at a San Antonio movie theater. Not sure what the details are but what is this world coming to. #weneedjesus

We’ll continue to update as new details come in.

Antu said the suspected shooter shot a man at nearby China Garden, located in the parking lot of the 1900 block of South West Military Drive. The shooting then moved toward the Mayan movie theater, where an off-duty Bexar County Sheriff’s Office deputy working security saw the suspected gunman armed.

Antu said the deputy shot and hit the suspected gunman. Both shooting victims were not immediately identified by Antu. The Bexar County Sheriff’s Office is the lead agency in the case, he said.

It appears from the above news account that this was not a mass murder akin to the Aurora, Co., movie theater massacre. Still awful whenever blood is shed, but as some San Antonio residents are noting, the heightened sensitivity to shootings inside or in proximity to movie theaters is a little strange in the context of larger gang violence in the city that gets ignored every day:

Lmao San Antonio is trending cus of the shooting.. I bet it was over some stupid little gang shit, not a psycho with a Itchy trigger finger

Apparently the shooting in San Antonio was gang related. Well okay then.

Through radio traffic, states 3 people are possibly dead and could now be a hostage situation that’s gang… http://t.co/kgIsPRDl

And a little fact-checking:

To those who keep posting "RIP San Antonio victims!" NO ONE DIED!