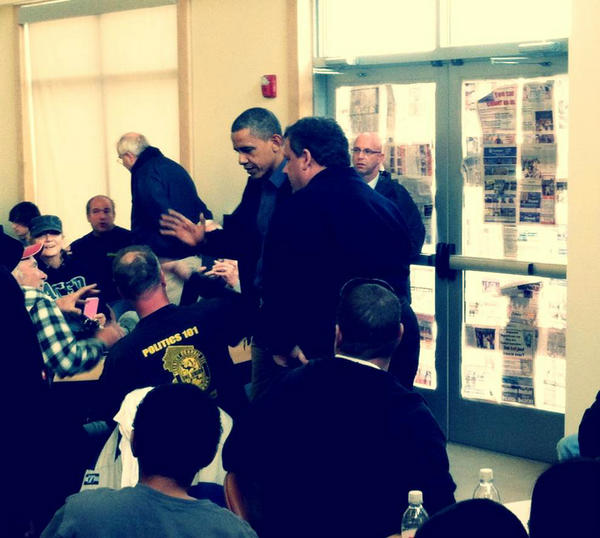 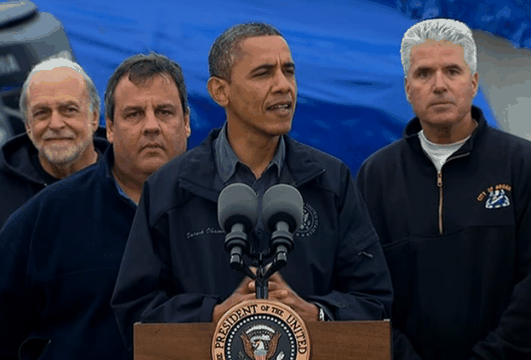 Seriously, President Obama and NJ Gov. Chris Christie need to get a room.

My access to Twitter is very limited. We are running out of gas, food & water in NJ communities. They need to send help out to people.

We need firewood and blankets too. It's very cold and no power expected here for days. We can't get to anything, trees blocking roadways.

@BonnieOHara1 Bedminster. Haven't been any trucks to clear roads, restore power or send help anywhere. Cell svc limited so just get word out

@genover @FoxNews I'm not that bad off yet for FEMA. They just need to send supplies out for heat, that's biggest challenge right now.

Battery & cell svc going out again. Pls just stress that they need to bring help TO the people. Most in NJ can't get to the help.

Did Christy think he had to grovel to Obama to get help for New Jersey? Politicians make me sick!!!! @pambesteder @Imadancer821

Honestly, what did this speachifyin' do to help the people in New Jersey. Wasting resources for political wank won't help rebuild anything.

Many viewers noticed Obama’s rather un-leader-like stumbling and bumbling:

Obama is known to be an unbelievable speaker, yet he says "uh" after every single sentence

What percentage of Obama's words is "uh" have to believe a good 8 – 10 percent. Someone has to have done a study

Funny when Obama speaks without teleprompter every other word is"Uh" Again says"will leave no one behind" Really? that's a crock! #DEMS #GOP