Cis person won’t buy game so as not to encourage J.K. Rowling ‘to continue her horrific…

Rep. Mark Takano disappointed that ‘extremists’ were allowed to testify at education hearing

Rep. Nancy Mace asks ex-Twitter lawyer where she got the medical expertise to censor doctors

Rep. Thomas Massie shares a clue that extra IRS agents won’t only be going after the rich

@JonahNRO She is truly beyond parody.

"We know that there are some people here who actually have decided who to vote for." — Soledad O'Brien w/CNN focus group.

Yes, friends. CNN’s Soledad “Snowflake” O’Brien hosted a focus group of “undecided” voters — and then skipped out on that whole “Hey, undecided voters, who ya gonna vote for now that you’ve finished watching the debate?” thing.

Twist those dials. Just shush about how you feel! 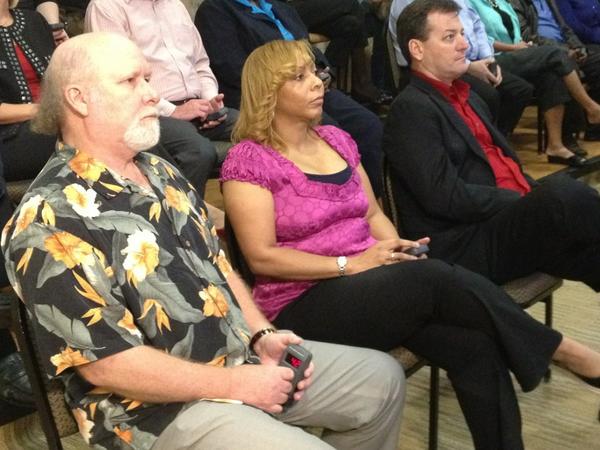 CNN viewers from all parts of the political spectrum shook their heads. And gigglesnorted:

@NolteNC Given that @Soledad_OBrien certainly took the pulse of her focus group before going on, it seems pretty obvious why she didn't ask.

On CNN, Soledad skips the "who they'd vote for" with the focus group because she knows the answer. What are they their for then?

&soledad_obrien copy cats Luntz focus group. Asks for show of hands who have decided, but doesn't have guts to find out for who?

Will Luntz ask how undecideds will vote or try to protect their "privacy"? #Soledad #Fail

Rep. Mark Takano disappointed that ‘extremists’ were allowed to testify at education hearing

Cis person won’t buy game so as not to encourage J.K. Rowling ‘to continue her horrific crusade’