@GMA CAREFUL!! her vagina will eat you!!! @anndromney

Sheesh. It’s never too early for libs to pour on the War on Conservative Women hate, is it?

@GStephanopoulos @AnnDRomney @GMA -ever see a picture of her and Romney in church, Do they just write checks?

@GStephanopoulos @AnnDRomney @GMA Well that’s interesting because the more I see of Queen Ann the less I like her.

But as Stephanopoulos noted, Mrs. Romney’s popularity is on the rise despite the Left’s best attempts to smear and belittle her. Her social media support is strong — and conservatives were up early to defend her from the slimers via the #istandwithann hashtag:

To all of you complaining about Ann Romney’s appearance on #GMA, remember she’s there to cover and add support for Robin Roberts. Grow up.

#IStandWithAnn because she brings honor to her husband & herself, and will do so as FLOTUS

Tons of support outside for @anndromney on GMA! Someone should have made a #IStandWithAnn sign!!!

it's time to bring class back to the WH #IStandWithAnn 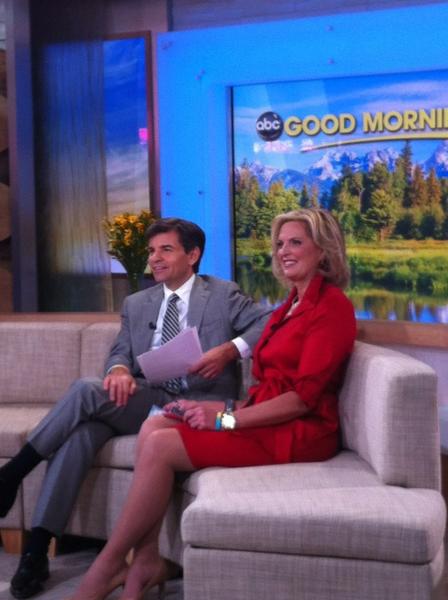