THERE it is! GQ writer predicts new and improved riots if Mitch McConnell holds SCOTUS vote before the…

‘THIS THIS THIS’: John Fund explains why the U.S. needs a full complement of SCOTUS Justices…

Reza Aslan: ‘If they even TRY to replace RBG we burn the entire f*cking thing down’

Dear journos: Wake the f*** up on the issues with mail-in voting 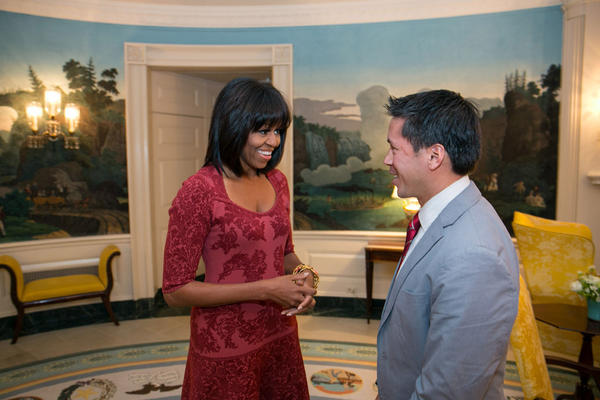 Oh, yes, she did. The most pressing issue of our time? The breathless reports roll in.

Happy Birthday Michelle Obama (@FLOTUS) – to celebrate, she has a new 'do (bangs!) http://t.co/uRcGFQpr

An executive producer of CNN’s “The Situation Room” gets in on the breathless action.

She BANGS! @FLOTUS aka Michelle Obama aka goddess: pic.twitter.com/83pmOi4M

STOP THE PRESSES: MICHELLE OBAMA GOT BANGS, YOU GUYS.

There is mucho discussion crowding my earspace about Michelle Obama's birthday bangs.

@Flotus is perpetuating the idea that bangs look good. Ladies, STOP THE MADNESS!http://t.co/uqxqFhZS

@MAbanto Did you know that Michelle Obama got bangs for her birthday? #AskMarc

There is a depressing number of people in my feed tweeting about Michelle Obama's bangs.

my internet was down for a minute and michelle obama got bangs and that was the most stressful moment of my life.

@elanazak @samir @BuzzFeed This is the greatest thing that has happened to me since Michelle Obama's bangs.

Where were you on the day Michelle Obama got bangs? Never. Forget.

‘THIS THIS THIS’: John Fund explains why the U.S. needs a full complement of SCOTUS Justices for election day

THERE it is! GQ writer predicts new and improved riots if Mitch McConnell holds SCOTUS vote before the election