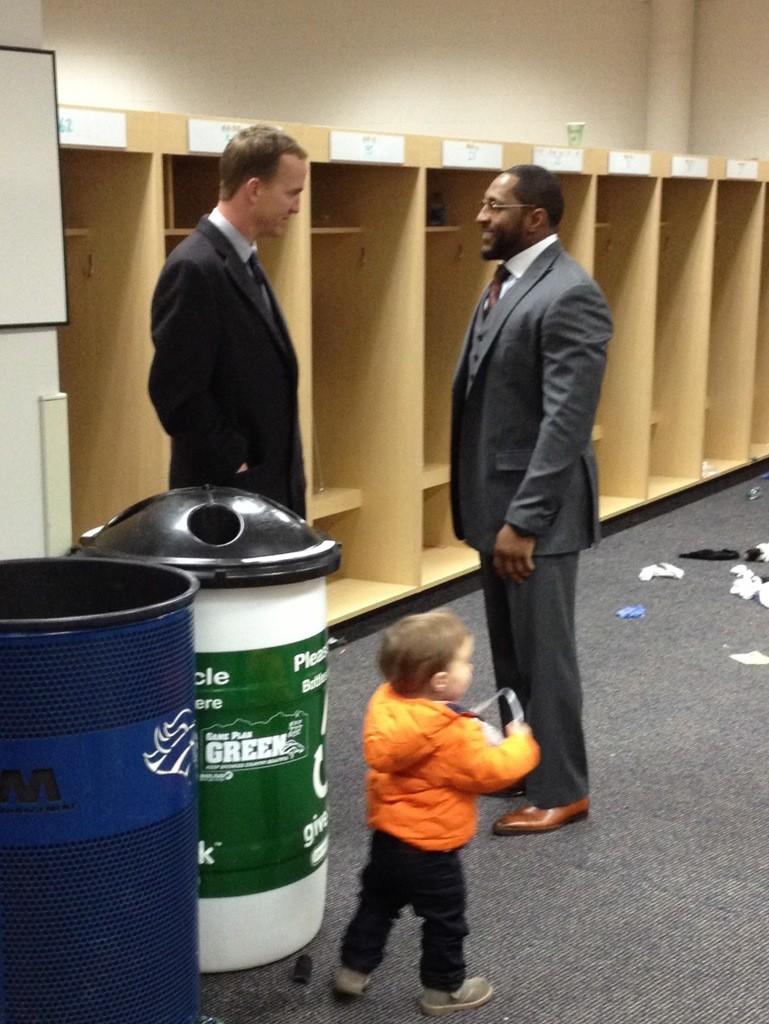 The Denver Broncos lost to the Baltimore Ravens last night after a double overtime.

Peyton Manning,  quarterback for the Denver Broncos, stuck around with his family for 90 minutes after the game to congratulate Ravens’ Ray Lewis. Twitter was buzzing over the photo, and applauded the class act.

Classy move from one of the classiest people in sports in Peyton Manning waiting for Ray Lewis after the game. #NFL http://t.co/vugHyNUM

Hour and a half after losing, Peyton hangs around with his family to congratulate Ray Lewis. #PureClass #Legends pic.twitter.com/pYmWCljn 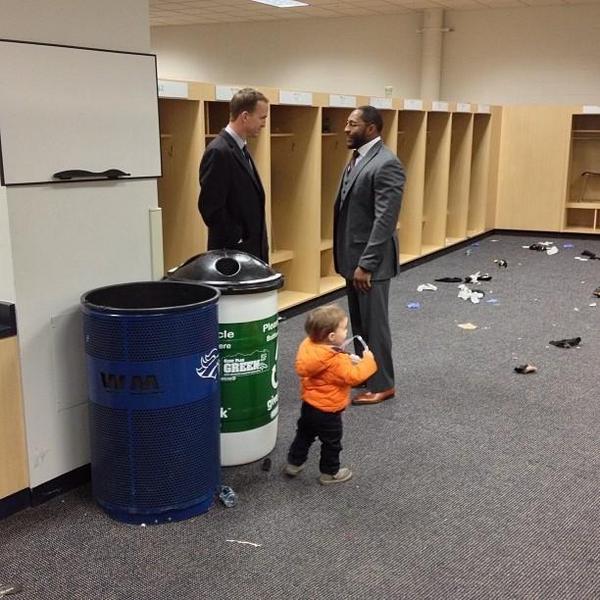 Peyton waited after the game to congratulate Ray Lewis. what a #classact pic.twitter.com/4KXN8cuW

From class act to classic.