Dr. Fauci asked if China’s draconian lockdowns are ‘scientific and effective’ (his…

Oh, no. Reports of a shooting at Taft High School in Kern County, Calif. are coming in. Students are being evacuated.

[More] Shooting at Taft High School in Kern County, California according to KABC-TV. Students being evacuated.

The number of people shot is unclear; some reports say two, others say one.

BREAKING NEWS: Reports from @ABC7: at least one person wounded in shooting at Taft High School in Kern County.

The shooter is apparently in custody.

TAFT, Calif. — According to CNN, officials have said that at least two people were shot at Taft High School. The shooter is in custody.

Prayers start to roll in.

Wow shooting at Taft high school prayers go to them❤

my only birthday wish is that those affected in the Taft school shooting and all other shootings find peace and tranquility, wherever they r

praying for the students at the high school in Taft, CA. there was another shooting ?

Twitchy will monitor this awful situation and update with developments.

CNN is confirming two people have been shot.

Local media is reporting that two are dead.

That has not been confirmed. Other outlets are still saying two people have been shot, but have not confirmed deaths.

Air ambulance on the scene. 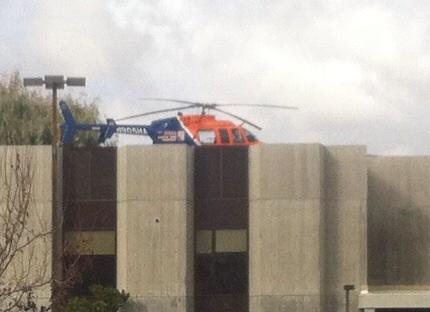 Fuck this lock down shit! Taft high is scaring með©

There was a shooting at Taft high.my school was in lock down and I pray for those people who got shot!

Local media reporting a teacher was shot and taken away in ambulance.

Condition of the shooting victims remains unconfirmed and unclear. 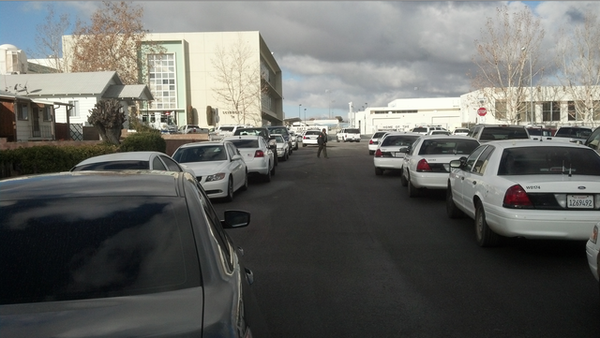 According to various reports, one victim, a student, was airlifted to a hospital:

Reports that one victim at #TAFT shooting was airlifted to hospital

And the other declined treatment:

Kern fire officials confirm one person was airlifted to a hospital from the shooting at Taft High. Second person has minor injuries. #BCali

The shooter is reportedly a Taft student.

@xeni @samsteinhp Just spoke to the police dept — they said the officer wasn't there today, though he normally is.

Some tweeters say one of the shooting victims was Bowe Cleveland. This has not yet been confirmed.

I heard Bowe Cleveland got shot in the shoulder. By the kid who made the hit list last year.. Not sure if it's true, but that's what I heard

Update: Twitter users say the other shooting victim is “Mr. Heber.” This has not been confirmed by police or school officials. Heber reportedly was only grazed and may not be seriously hurt.

Pray for Bowe and Mr. Heber

Twitter users are saying the shooter is a student named Brian Oliver, but this has not been confirmed by police or by school officials.

Twitchy will continue to monitor the story and will post updates as needed.

Some Twitter users are posting this photo. Twitchy cannot confirm that this is the alleged shooter. Note the spelling of Oliver’s first name appears to be “Bryan” not “Brian” as we previously reported.

KGET is reporting that Bryan Oliver is the name of the suspected shooter.

USA Today is reporting that Bowe Cleveland was the student who was shot.

These reports are consistent with what Twitchy reported early yesterday afternoon.

Dr. Fauci asked if China’s draconian lockdowns are ‘scientific and effective’ (his answer…YIKES)