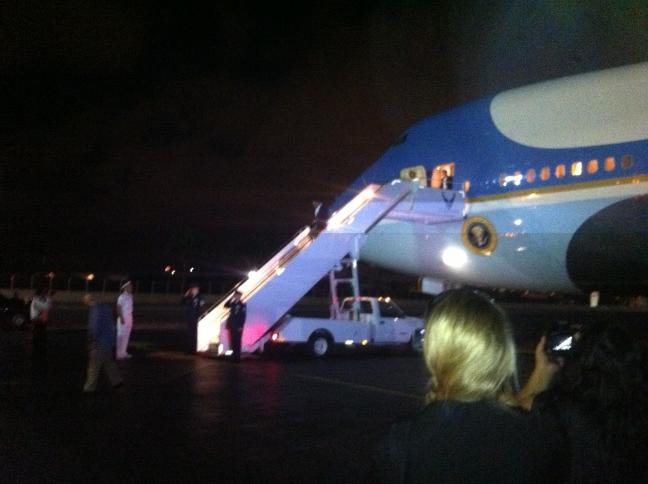 The true crisis has been averted: Obama has salvaged his swanky Hawaiin vay-cay, and isn’t that really all that matters?

Obama has landed in Hawaii. WH pool report says he arrived at Joint Base Pearl Harbor-Hickam in Honolulu

After a 10 hour overnight flight, Pres Obama has landed in Hawaii to resume vacation with his family.

Obama is back in Hawaii on his holiday after a tense, end-of-the-new-year standoff with Congresshttp://t.co/HVffewWR pic.twitter.com/z9UdGZWK

What did that cost? “@markknoller: After a 10 hour overnight flight, Pres Obama has landed in Hawaii to resume vacation with his family.”

While the rest of us losers return to work… MT @markknoller After 10 hr overnight flight, Obama has landed in Hawaii to resume vacation

Obama rewards himself for the Fiscal Cliff deal by taking a $3.5M Hawaiian vacation extension. http://t.co/eBkDWFoY

Good to be King MT @CFHeather: Obama Returns To His Hawaiian Vacation At An Added Cost Of Over Million To US Taxpayers http://t.co/7VxXmU48

Pres. Obama urges Congress to pass the Pork-filled Sandy bill "without delay" while sipping a piña colada from his Hawaii vacation home.

Obama goes back on vacation, tacking over $3 Million on to the cost of his trip. And he didn't sign the bill http://t.co/XKEftQBq

Huh. Bill shmill! He’s got surfing to do.

At more cost to we, the people, natch.

That 7 million dollar Obama vacation would have gone a long way in Breezy Point.