Unreal. Grieving and devastated members of the community of Newtown, Conn., gathered at St. Rose of Lima church today. And were evacuated when a threat was called in.

AP: Worshippers have hurriedly left a church in #Newtown, CT, saying there was a bomb threat. 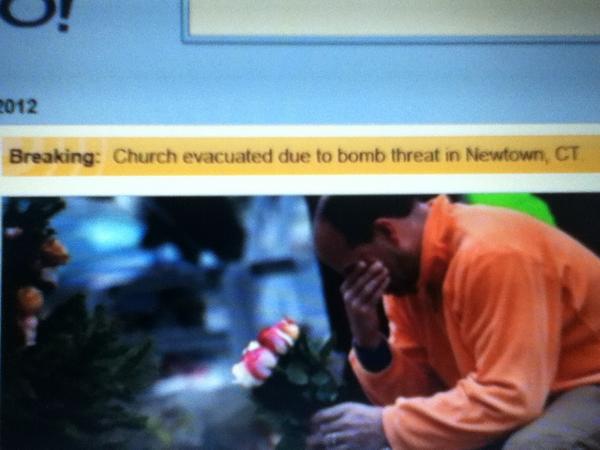 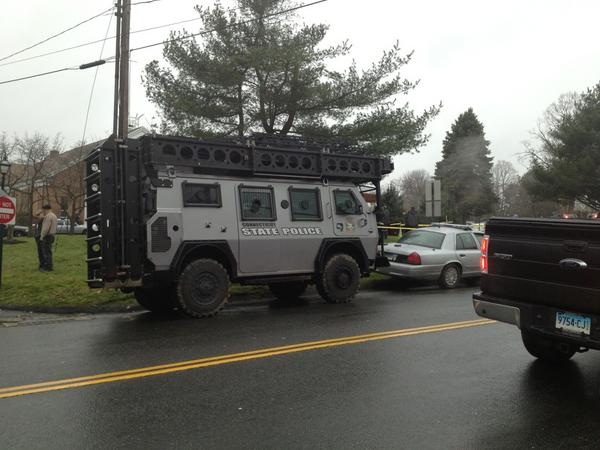 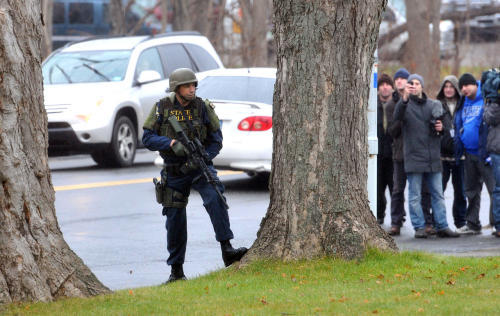 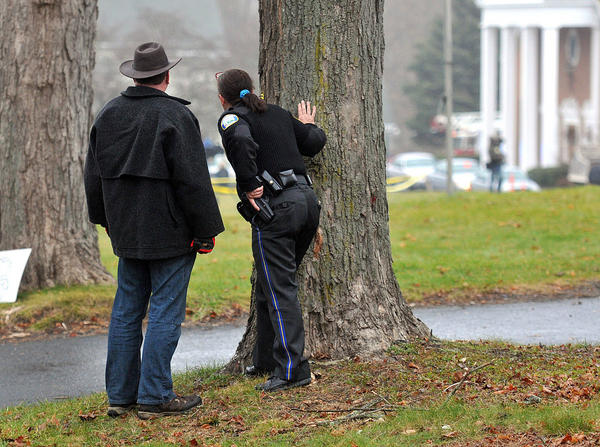 More from The New Haven Register:

Bridgeport Archdiocese spokesman Brian Wallace said a threat was called into the church while the noon mass was ongoing. The threat pledged to disrupt the mass, and the pastor announced there was a threat to parishioners, Wallace said. The pastor instructed the full congregation to evacuate in an orderly fashion.

The church has now been given an all clear.

The scene at St. Rose of Lima Church, where police have given the "all clear" after a bomb threat. #Newtown pic.twitter.com/zJMb8w3t 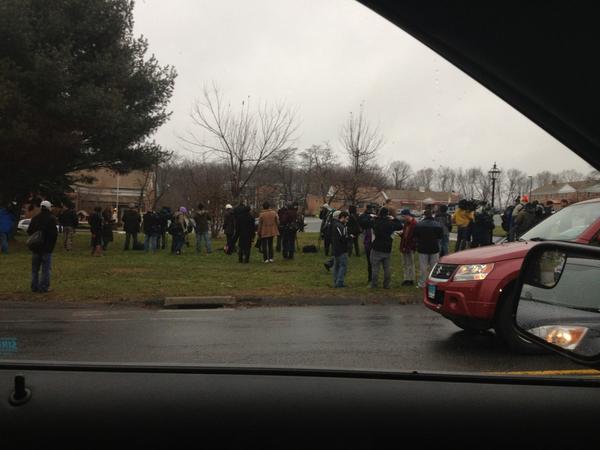 Twitter users with souls are infuriated and sickened, and offer their unwavering support to the grieving town. First the media vultures won’t leave members of the community alone, and now this?

A bomb threat to St. Rose? Hasn't Newtown been through enough? #leaveusalone #thatsenough

May the punishment be severe! These poor ppl: #Newtown church evac over 'threat of violence' #tcot #lnyhbt http://t.co/335iMBw5 via @foxnews

As if Newtown needed more drama.. a bomb threat clears a vigil and brings in the bomb squad. GIVE ME A BREAK! let these people grieve.

The church that's holding the vigil for the Newtown kids is being evacuated because of a bomb threat. People are sick. #gotohell

Who calls a bomb threat to a church in Newtown CT? That town is suffering enough

My gosh leave these poor people alone 🙁 RT @AP: Worshippers hurriedly leave a church in Newtown, Conn., saying there was a bomb threat

there was a bomb threat at a church in Newtown. this is ridiculous. leave the poor people alone.

I wish the poor people in Newtown could be left alone to mourn in peace. My heart goes out to all those families. <3 #Pray

Twitchy continues to hold all those affected in our prayers. May you be able to mourn and grieve in peace.