No, really. That happened.

Gaggle of kids greet the Catholics United Santa outside @SpeakerBoehner's office: "Santa! Santa! Where are your candy canes?" No candy 2day

Catholics United brings Santa to the Capitol to urge renewed tax cuts before the end of the year. #fiscalcliff

Good grief! Is nothing sacred? Not even Santa?

Ask for discussion, and ye shall receive.

Having "Santa" visit Boehner's office only further speaks to the childlike intellect of liberalism.

But, wait, was it Santa Claus or “Santa Clause,” as the White House calls him?

On the plus side, Santa kept his clothes on, unlike the last visitors to Boehner’s office. Shudder. 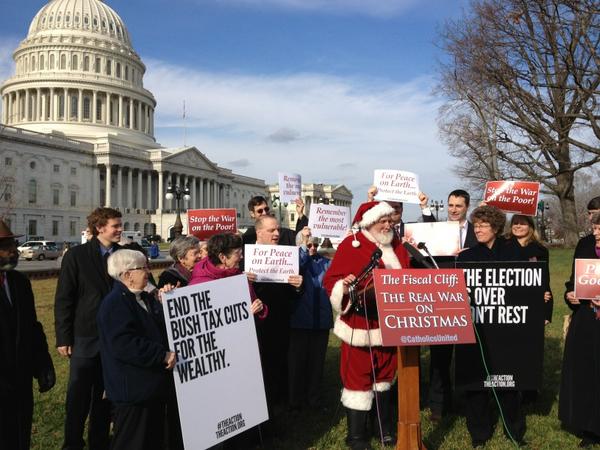 And Santa gets frisked!

Santa gets the wand and pat down at South entrance to the Capitol. Never know what he's packin in that beard. pic.twitter.com/7mm0U4XU