Once again, the hashtag stops here. President Obama is holding a Twitter chat this afternoon.

There is some confusion over which (failed) hashtag will be used.

Have questions for President @BarackObama about middle class tax cuts? Go ahead and ask him at 2pm! Use hashtag #My2k

To send questions to President Obama use #WHChat

So Obama personally tweeted "Ask with #My2k" then reporters say to submit questions with #WHchat. Thanks for the confusion.

Either way, the hilarity will surely ensue as both hashtags are taken over. Again.

who will get more twitter Qs about legalizing weed? potus or the pope?

This will end well. RT @markknoller: Pres Obama to take tax cut questions via Twitter at 2PM. Questions to #My2k

Oh, both hashtags will fail … for the president.

We predict that the hilarity, however, will be epic. Keep it coming, Twitter!

Obama’s hard at work on his laptop: 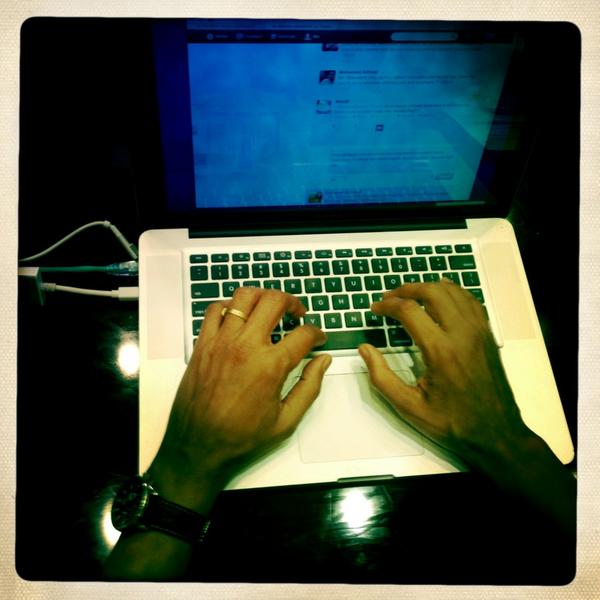 And the hijacking is fully, officially underway!

Dear @WhiteHouse, can you explain how raising an additional $80 Billion per year will fix a 1.1 Trillion dollar deficit? Thanks! #My2K

Over 3 years without a budget. Shouldn't we address spending before asking Americans to pay more? #my2k

Dear @WhiteHouse, in what alternate universe is 2% of the population paying over half of all income taxes "not fair?" #My2K

All great questions. And all too inconvenient to be answered by our very busy and important president.

No one really expects @whitehouse to take a question that *doesn't* support their marketing push, do they? #my2k

Yep. He totally did:

Gotta go. Thx. Keep pressure on Congress. Call, email, tweet your Member & tell them what 2k means to you. Lets get it done. #my2k -bo

Once again, the White House offers pathetic “proof” that Obama was totally doing stuff. All on his own! 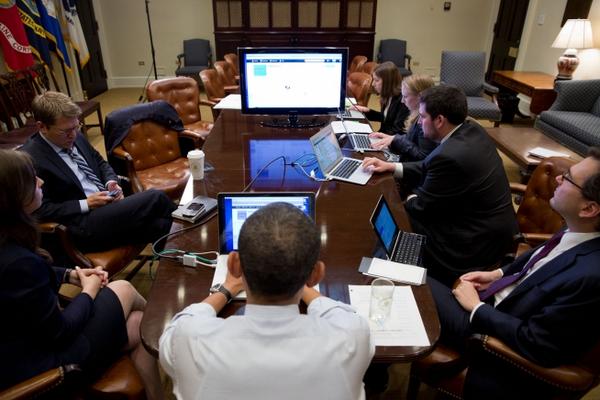 OK, so maybe not all on his own. Presidential tweeting: It takes a village.