Wait, Energy Dept’s Sam Brinton has been accused of stealing luggage at a SECOND airport?

As Twitchy has reported, massive protests are ongoing in Egypt, as citizens take to the streets to protest the Muslim Brotherhood and President Morsi. The smile graffiti speaks a thousand words. 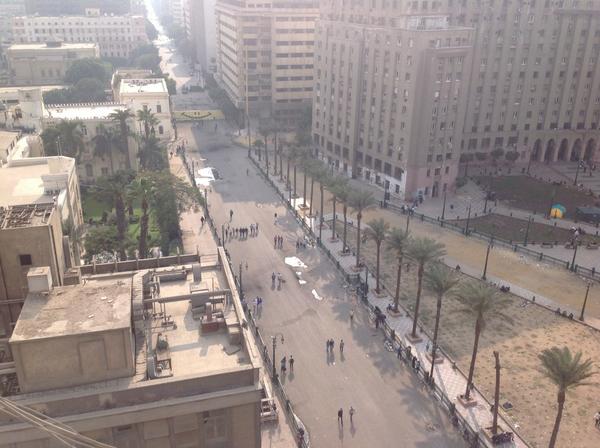 Here is the scene as the protests against Morsi and his dictatorial power grabs continue.

As tens of thousands gather in Tahrir against MB rule, Egypt is yet again making world history pic.twitter.com/WcNsDYDb 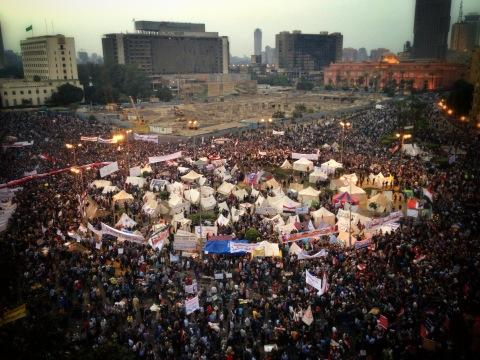 The police continue their abuses. As Twitchy reported, a journalist was also beaten and robbed by CSF when filming the protests outside the U.S. Embassy in Cairo. 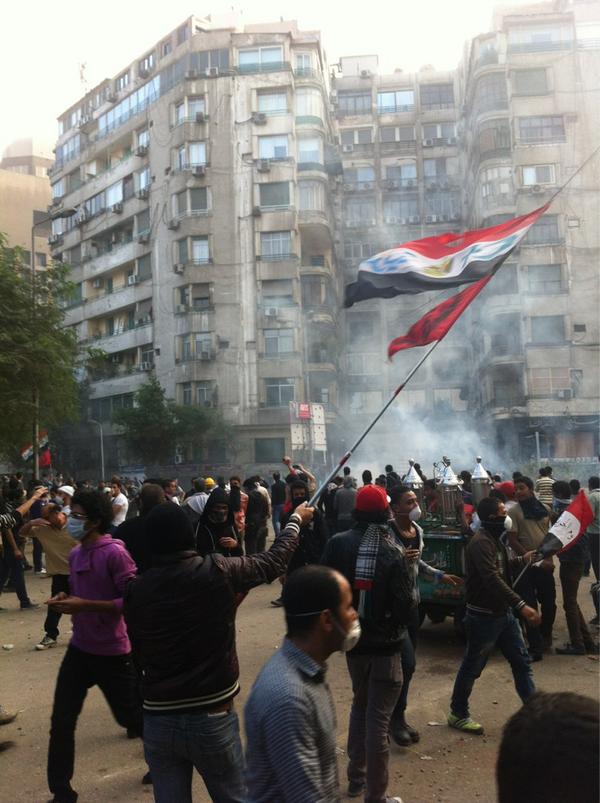 The protesters will not be cowed and are not backing down.

Banner in #Tahrir: “The Brotherhood stole the country.” pic.twitter.com/kdPIsAct

In #Tahrir poster says; "the militias or brigades of the Brotherhood will never scare the people" #egypt pic.twitter.com/CWntqE9I 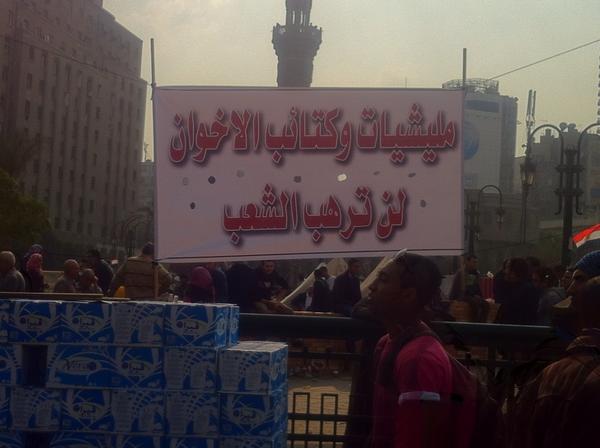 While the US Embassy in Cairo is “glad Mubarak is gone” and sees the revolution that put Morsi in power as a “positive step forward,” the people of Egypt do not.

Twitchy will continue to monitor this story and update with further developments.

Has Egypt cut off Internet access amid Tahrir protests, or is network just overloaded?

Awful: Journalist live-tweets being beaten, robbed by CSF during protests in Cairo

Wait, Energy Dept’s Sam Brinton has been accused of stealing luggage at a SECOND airport?