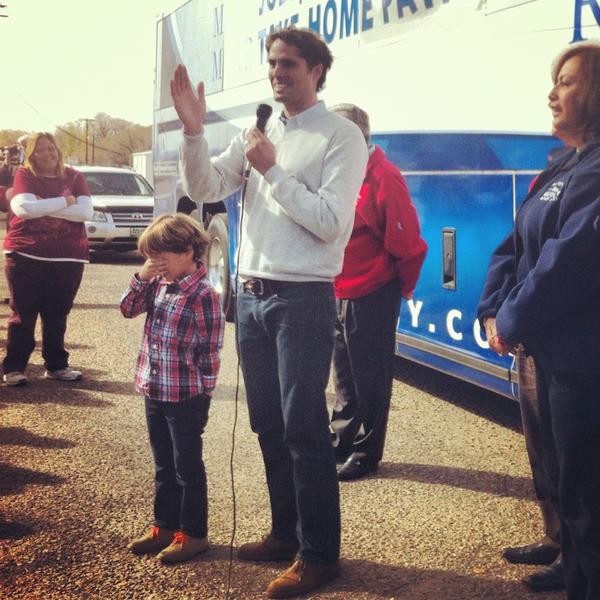 The funny story? Parker is a huge fan of his grandpa, Mitt.

Adorable! And these Twitter users agree, including HuffPo’s Elise Foley. Parker is a uniter!

@CraigRomney @MittRomney @dgjackson Thanks so much for your visit in Trinidad, CO yesterday. Enjoyed seeing you and Parker. Romney/Ryan.

So cute! MT @CraigRomney: My son Parker on the trail can't handle embarrassment of hearing funny story about himself pic.twitter.com/mtxegeUV

Aw MT @CraigRomney: My son Parker on trail in CO can't handle the embarrassment of hearing a funny story about himself http://t.co/fTnEwiRT

Sorry, Parker, but that is a daddy’s job: Embarrassing our children is what parents do. It’s one of the benefits! But, no worries: Grandpa will be there with another huge and love-filled hug.