A heartbreaking turn of events last night off the coast of North Carolina during Hurricane Sandy. A tall ship replica HMS Bounty was caught in the storm, with 16 crew members aboard.

17 aboard a tall ship with no power in the hurricane off the Carolina coast.. Coast Guard has located.. Rescue possibilites explored

The harrowing rescue was recorded on video.

Mad props to the world's coastguard services. We take them for granted, and many do it for nothing. HMS Bounty rescue: http://t.co/Y3FUD2wz

Thank God for our Coast Guard! Sadly, two crew members remained missing and were not recovered during the rescue.

Tragically, one crew member was found deceased after the rescue. 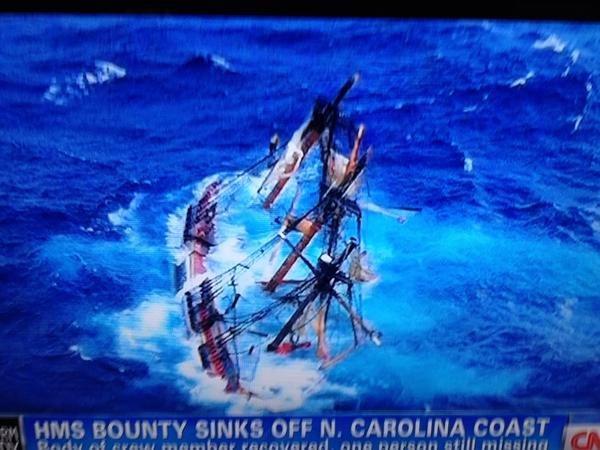 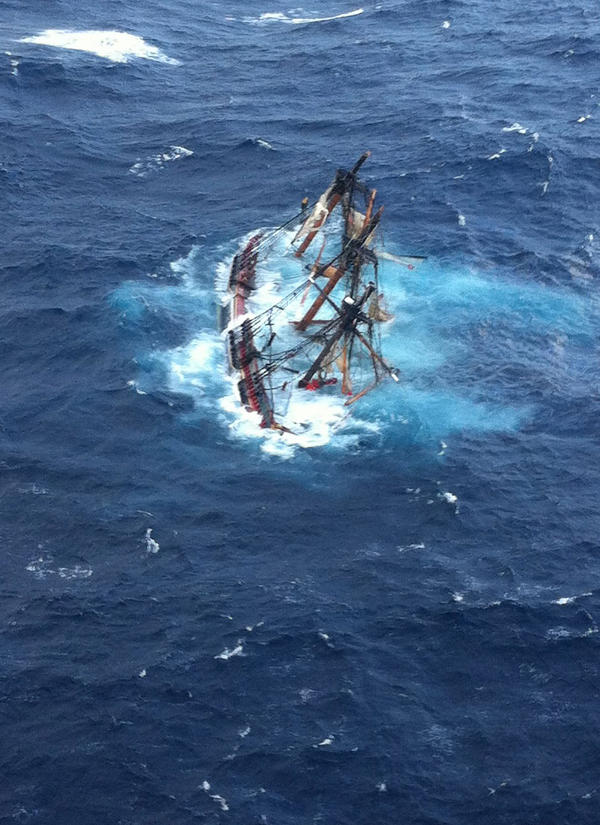 The captain is still missing. Search and rescue operations continue.

USCG search still on for the captain of the Bounty, missing at sea. Here's our live location for @GMA pic.twitter.com/45XJzm9t

The deceased crew member has been identified as Claudene Christian.

Claudene Christian tweeted her excitement about the HMS Bounty ship replica via her Twitter account this summer.

I am in LOVE with my ship… BOUNTY pic.twitter.com/oZgKSrqI 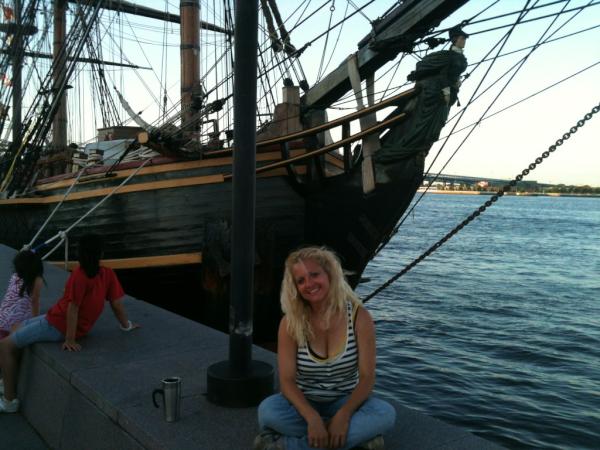 Me in the newspaper in Newport, RI aboard the HMS BOUNTY for the Tall Ship of America Festival!!! AWESOM!!! http://t.co/j3XvPVfN

Our thoughts and prayers are with Ms. Christian’s loved ones. Twitter users also express their condolences.

RIP @ClaudeneC, Hurricane Sandy victim on the H.M.S. Bounty. I still have the doll you gave me years ago. You embodied proud determination.

My heart is broken for #HMSBounty and @ClaudeneC 's family.

Our thoughts continue to be with the captain as well and we pray for his safe recovery. Twitchy will monitor this story and update with further developments.