Yikes! That was the scene at the Hoboken, N.J., PATH station last night as flood waters from Hurricane Sandy surged into the station. It was caught on Port Authority surveillance camera.

LOOK: A Port Authority surveillance camera shows a PATH station in Hoboken, N.J. as it gets flooded Monday night: http://t.co/kcslWt3M

Flood waters rush in to the Hoboken PATH station through an elevator shaft. #Sandy pic.twitter.com/QosgFyOI

The panic started even earlier, as Hoboken began flooding before the storm even hit.

@SamChampion This Hoboken pier is about to flood over just across river from you. #SandyABC7 pic.twitter.com/sfyumVCx 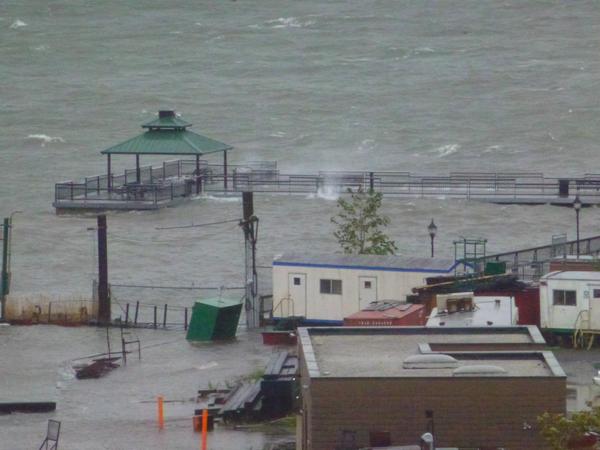 Another photo of the flood at Hoboken Terminal in NJ http://t.co/VefzqH1m #sandy 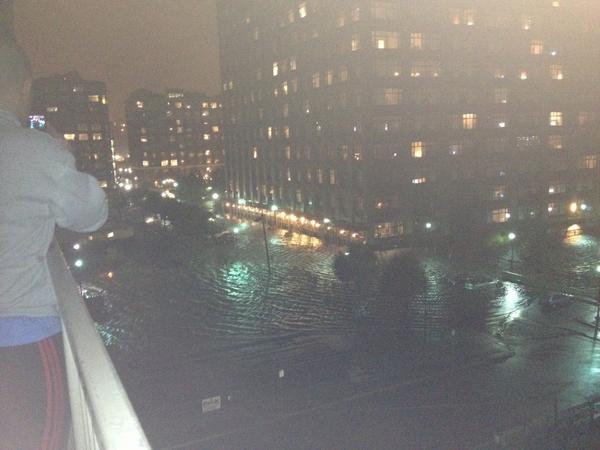 This morning, Hoboken is a disaster area. The city is underwater. Power is out and people are trapped in their homes.

Southwest #Hoboken is still a true disaster #Sandy. About 4 ft of water. Our garage is filled to the ceiling. No power pic.twitter.com/JHRznBF0 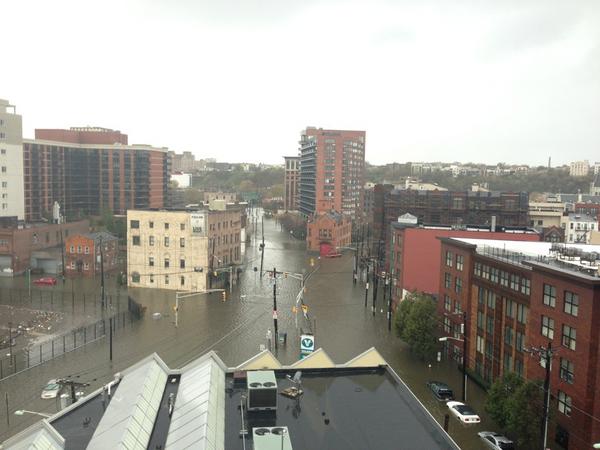 #Hoboken near my house. Water 4ft deep. No power. pic.twitter.com/2SK6EuUV” 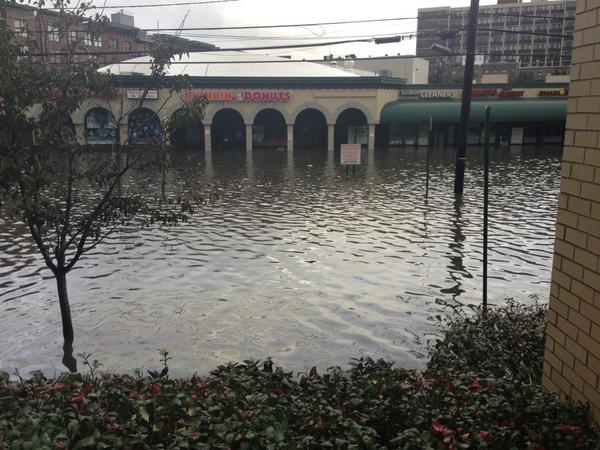 7th and Park in #Hoboken pic.twitter.com/SdMsW3qT 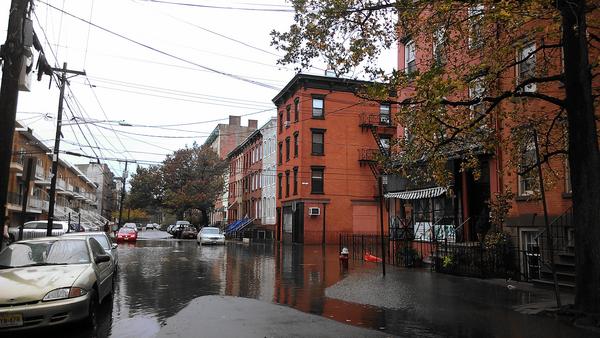 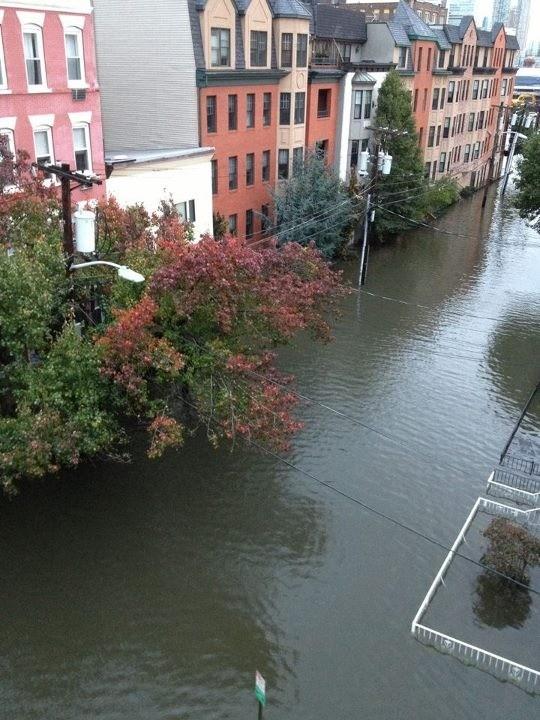 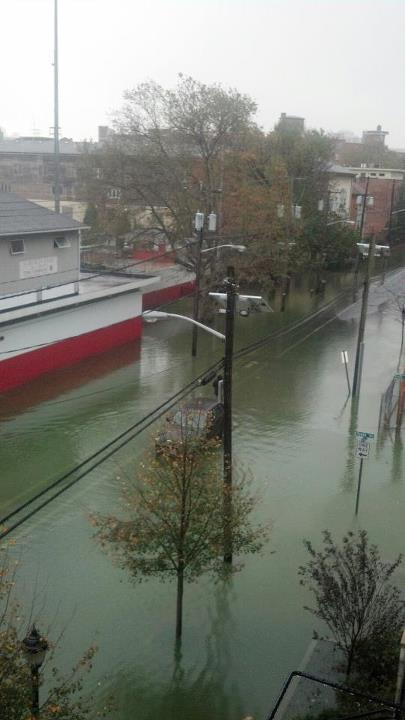 #njsandy #Hoboken first and park this am, no power since last night 9:00 pm pic.twitter.com/kJQqXAa6 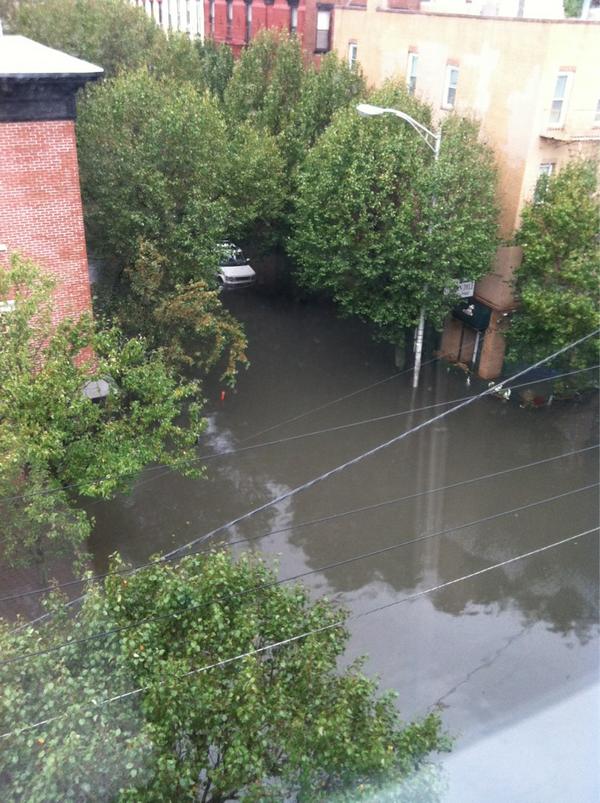 Indeed. Rescue workers are dealing with a city underwater and residents who are trapped with no way out.

Trapped in southwest #hoboken 4 ft deep H20. Power is out. On bright side is family time together. http://t.co/zwdplCan

Trapped in Hoboken, about 3-4 feet of water preventing us from leaving. Thank god we're on the 2nd floor @njdotcom pic.twitter.com/IdA73RgS 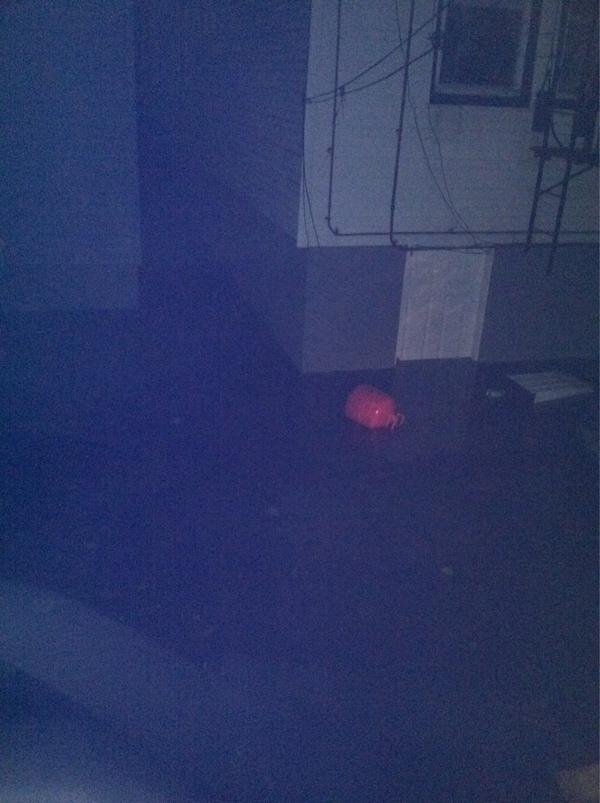 #Hoboken Scanner Traffic: People trapped in Basement; water coming in basement, wires down in the water

@terrence_j_r My friend in Hoboken is trapped in her 5th fl apt. I hope u & family are safe & dry. The news reports are crazy. #Sandy2012

The aftermath of Hurricane Sandy in Hoboken, NJ. http://t.co/jFL7rCdr

We are one with Hudson River: Scene from Clinton Street #Hoboken #HurricaneSandy pic.twitter.com/RKfgJP1w 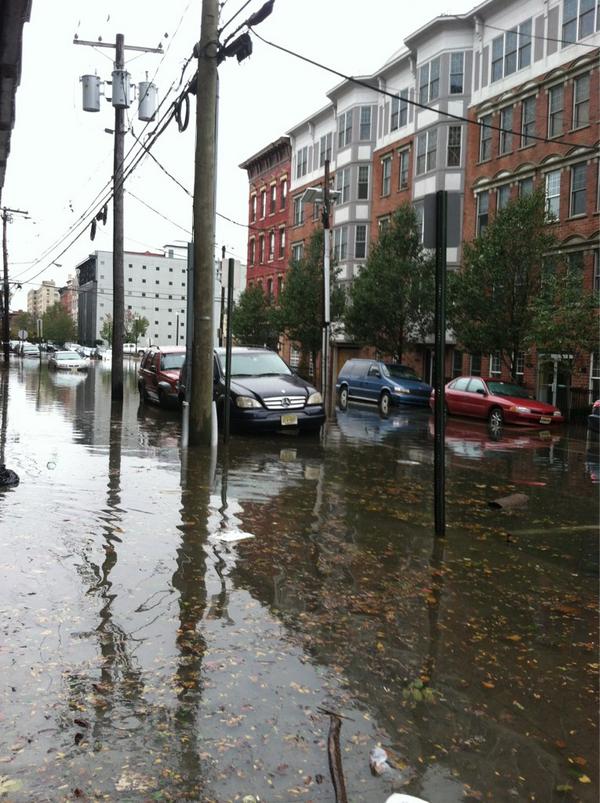 @GovChristie anyone coming to Hoboken to help dig? 4ft rivers in our streets

The Mayor of Hoboken has called on the National Guard for help.

Just woke up and we still don't have power. Yowza. Keep praying for the people of Hoboken. The city has called in the National Guard. #fb

More from The Wall Street Journal:

The mayor of Hoboken, N.J., said she had called on the National Guard to help rescue people in the mile-square city on the Hudson River.

Mayor Dawn Zimmer reported at least four live wires down — including two under water — and said that PSE&G cou PEG -0.84%ldn’t get utility crews into the city. Firefighters were unable to respond to calls despite calls reporting fires and smoke. Half of Hoboken was flooded, the mayor said.

“We’re in a very difficult situation,” Zimmer said. “The Hudson River has breached us at the north and and the south end.”

Our thoughts and prayers continue to be with all affected by this utter devastation.