As Twitchy reported, the Jersey Shore started getting battered by Hurricane Sandy well before the destructive storm hit land. The aftermath of the storm has resulted in utter devastation and heartbreak.

Rasmussen reports that they will have limited data available. They are based in Asbury Park, N.J.

And hit hard it was.

RT @JersyShoreAgent: Such a shame. All that work that Asbury Park has been doing. #SandyNJ #Sandy pic.twitter.com/OVIMGxJJ 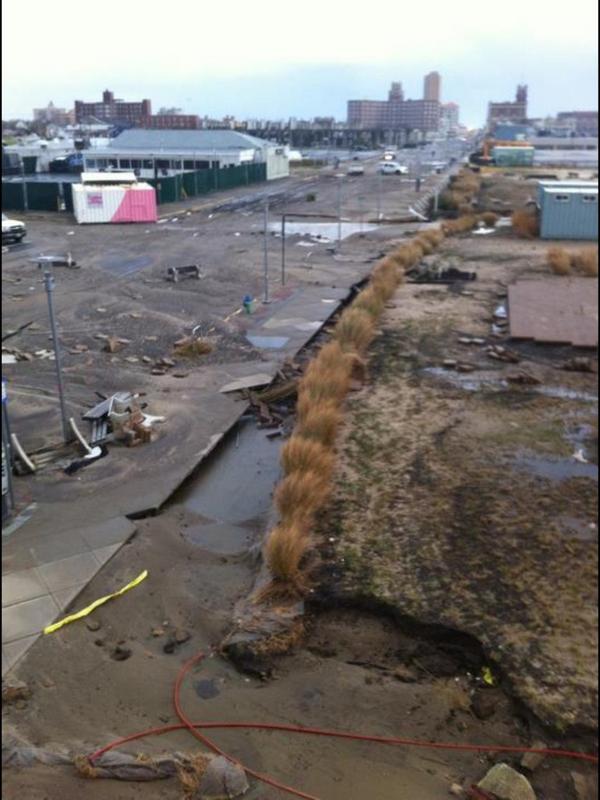 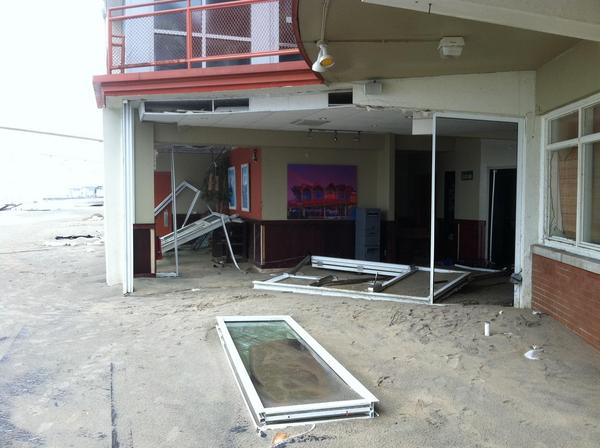 Ugh, you guys. Between this and the photos of Belmar, my heart is broken. @KaylaMendez13 Convention hall in asbury park http://t.co/u548IrGA 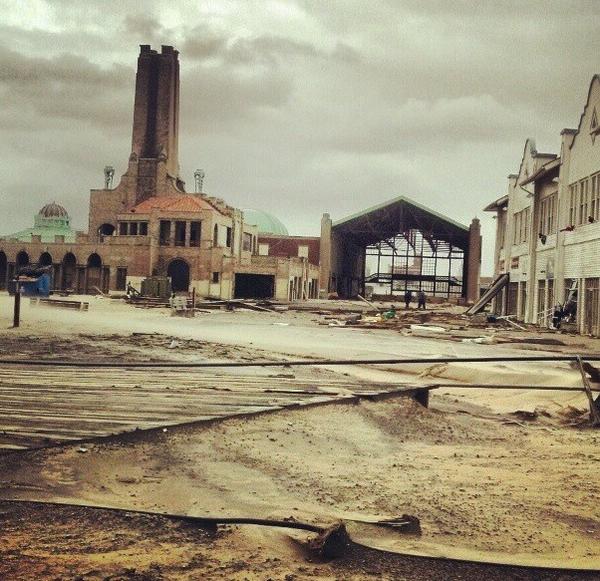 The Stone Pony, which Bruce Springsteen made famous, survived and is still standing. 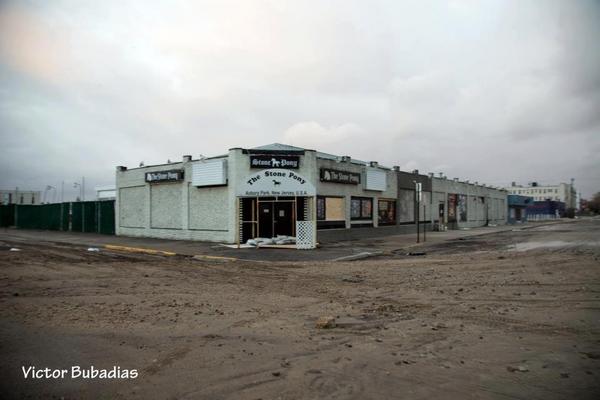 Atlantic City, N.J., and its world-famous boardwalk, is a disaster zone. 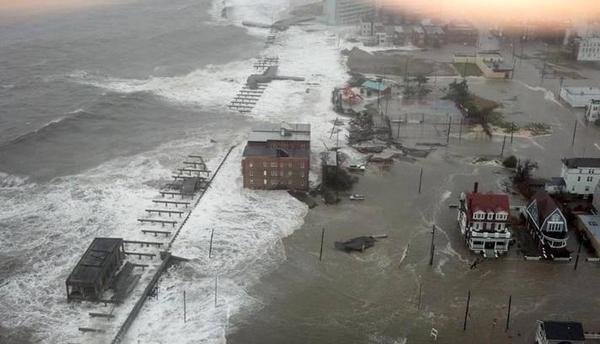 Like in Seaside Heights, N.J., the force of Hurricane Sandy has totally wiped blocks of the boardwalk away.

Foundations& pilings are all that remain of brick buildings & a boardwalk in Atlantic City, N.J Oct. 30#hurricanesandy pic.twitter.com/bHr64xuT 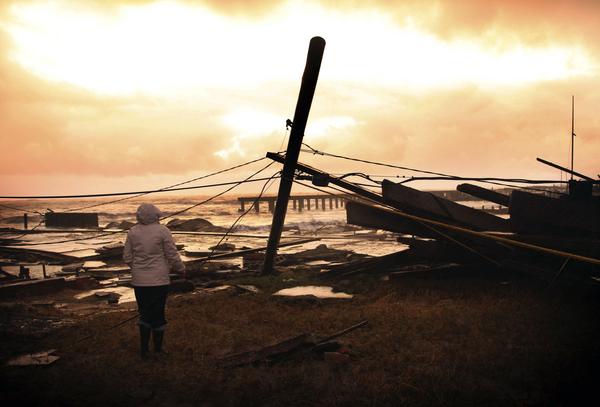 And Belmar, N.J., was badly battered. The destruction is massive.

RT @kylezalewski: @JayGlazer Take a look at belmar Boardwalk pic.twitter.com/LsH8OTBC> really just speechless. They will all push thru together 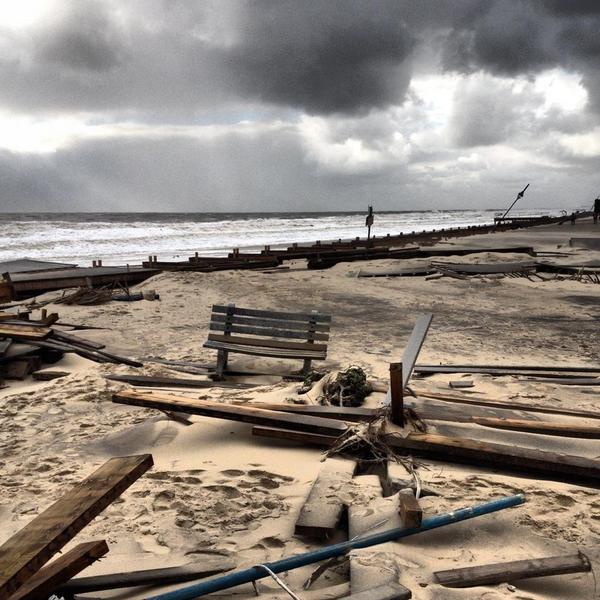 The boardwalk is gone. Just gone.

There used to be a boardwalk here (Belmar, NJ) http://t.co/RYsGcaLZ

boats in the street – sea spray court neighborhood, on the island between avon-by-the-sea and belmar. #njsandy pic.twitter.com/aF7hDGf3 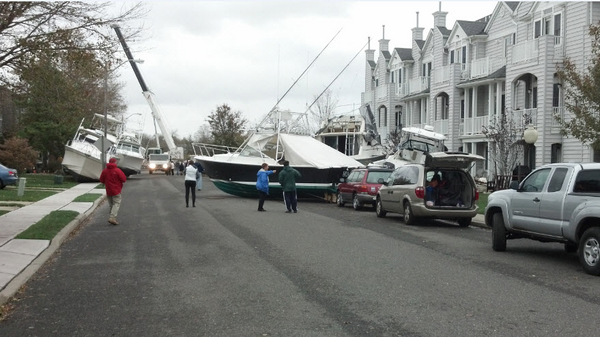 Governor Christie expressed his heartache after surveying the damage.

Heading by helicopter to the Jersey Shore to assess the damage. From early reports, it appears to be unthinkable. #Sandy

The Jersey Shore of my youth is gone. #Sandy.

The rides I took my kids on this summer are in the Atlantic Ocean. #Sandy

There are homes off their foundations sitting in the middle of Rt. 35. #Sandy

It was an emotionally overwhelming afternoon for me as a son of this state. #Sandy

Photos from his helicopter tour were tweeted.

House in the street. RT"@heatherhaddon: One more from @GovChristie #Belmar #sandy pic.twitter.com/UgFSSL0R" 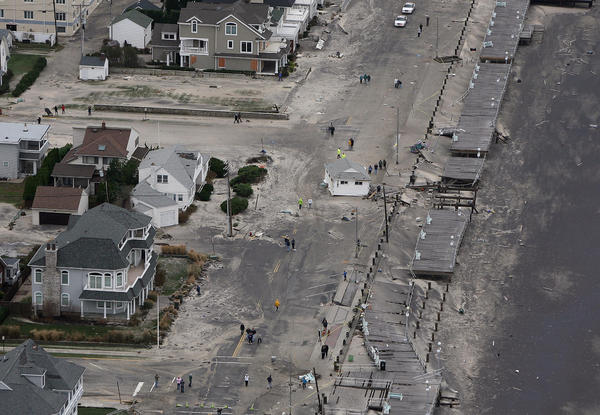 Whats left of #belmar boardwalk..Im standing where that structure used to be..we will rebuild stronger than ever #sandy pic.twitter.com/KCyWjcT2 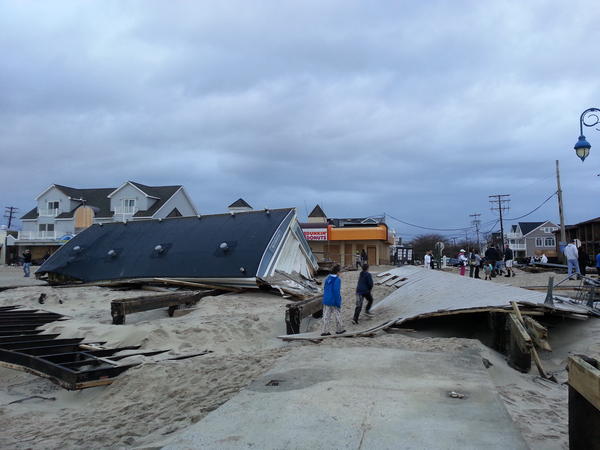 Yes, you will. And Governor Christie is vowing the same.

You will rebuild, New Jersey. Stay strong, together. Our thoughts and prayers continue to be with you all.