The Romney campaign is now cancelling events scheduled for tonight and tomorrow due to Hurricane Sandy.

The Romney campaign has decided to cancel all campaign events tonight and tomorrow "out of sensitivity to those in harm's way".

Romney camp on cancelations: this is a time for the nation and its leaders to come together to focus on those Americans who are in harms way

On keeping today's Iowa event, Romney camp: "Crowd had to get there 3 hours ahead of time so it would be difficult to cancel."

Earlier today, Team Romney suspended fundraising solicitations in states that are in Sandy’s path. The campaign is also continuing to use campaign resources for storm relief. 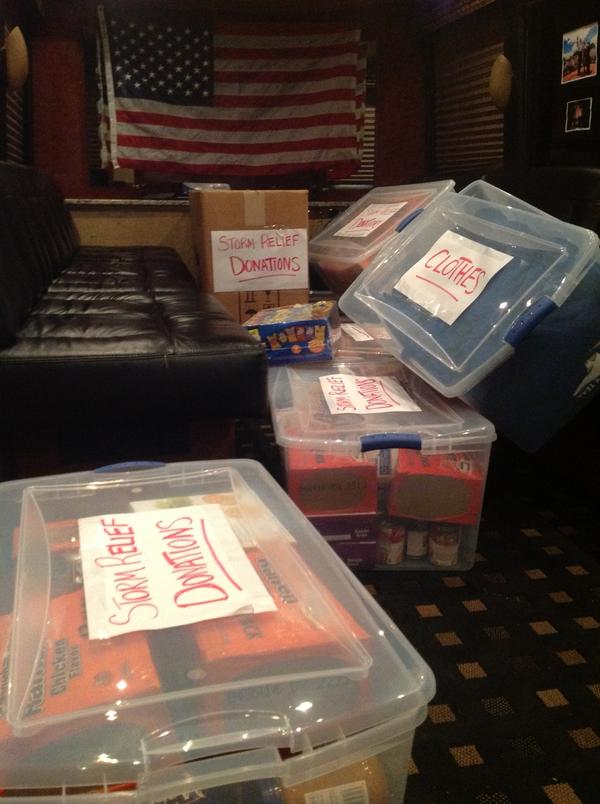 THIS! Romney w/boots on ground delivering supplies for hurricane relief. Obama in DC watching TV. Time for a hands on President! #tcot #p2

Twitchy will continue to monitory the situation and update with any further developments.

Update: Romney to hold disaster relief event tomorrow. Supporters are asked to bring supplies for those in need.