Many Twitter users are reporting increases in prices for batteries, gas, and other basic supplies ahead of Hurricane Sandy:

Let the hurricane price gouging begin. $20 for a 2 gallon gas can. And that's without the gas! #insane

@Marcy_Kaptur Gas prices went up $0.30 in Ohio overnight. Gas companies are gouging over the doom of Sandy? Who is going to prosecute?

One of our listeners says gas prices at wawa on rt 309 in Montgomeryville at $9.99. Anybody else see this? Mistake maybe, or gouging? 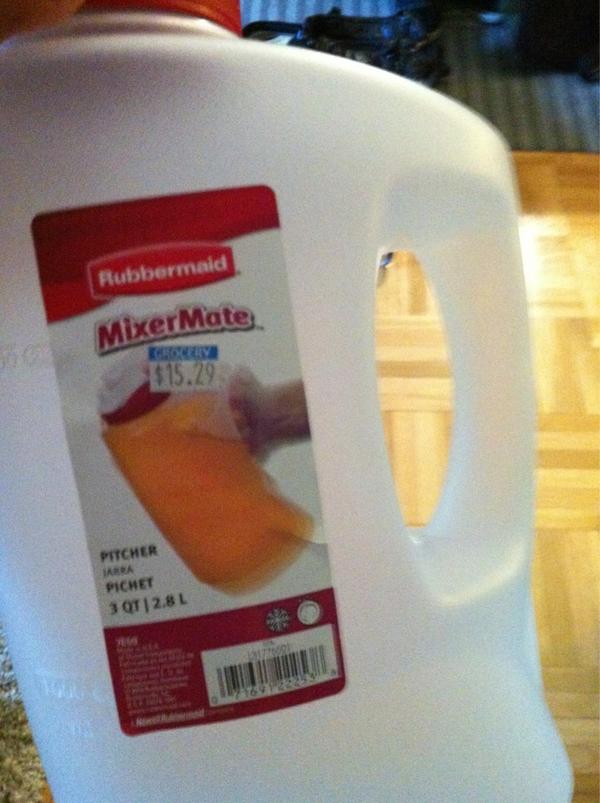 Guys I've heard of price gouging during hurricanes but this is ridiculous #Sandy pic.twitter.com/ofydGgFE

The hardware store at 52nd & 9th is jacking up all of their prices. $20 for a pack of AA batteries? I'll sit in the dark (think I have some)

$7 for a 2 pack of batteries is un-American. Must be outta your damn mind. #FuckSandy

The price increases have revived the perennial debate about the ethics of price-gouging as well as the practicality of anti-price-gouging laws. Some Twitter users believe that laws designed to prevent price-gouging do more harm than good:

Amazing how gov. doesn't get basic economics. RT @LDoren: There are no D batteries anywhere thanks to price gouging laws.

After going to 5 stores looking for D batteries with no success, I just found some in the nugget crawl space of my apartment #solucky #sandy

Anyone that went out and stockpiled batteries to resell at a higher price: shame on you.

Respect that guy on the side of the road selling D batteries for a ridiculous price. #Entrepreneur

Remember, kids, as long as there's a hurricane within 500 miles, any price that just seems kinda too high is price gouging! #economics

"Price gouging" is nothing more than supply & demand economics. If supply is short & demand is high, free market means prices go up.

@GovChristie Price "gouging" laws prevent the fulfillment of market needs in a crisis. Let buyers decide what price they will pay.

The law of unintended consequences? As Texas Tech University economist Michael Giberson notes, natural disasters often disrupt supply chains, resulting in higher costs for items such as gas to retailers.  Some merchants might prefer to close their doors rather than sell products at a loss:

[A] predictable consequence of price gouging laws is that some merchants, finding their ability to recover costs compromised, will decide not to sell at all rather than to sell  at a loss. Merchants will lose the opportunity to profit and consumers will lose the opportunity to decide for themselves whether the good or service would have been worth the higher price. The possibility of merchants shutting down rather than operating is more than academic speculation. The South Carolina attorney general’s office found that during price spikes following Hurricanes Gustav and Ike, some “station owners reported that to avoid bad publicity they simply shut their doors instead of purchasing gasoline at elevated prices.”

Economic analysis of the effects of price gouging laws reveals concerns on both the demand and supply sides of the market.  As already noted, price constraints will discourage conservation of goods at exactly the time they are in especially high demand. Simultaneously, price caps discourage extraordinary efforts to bring goods in high demand into the affected area. As [economist Thomas] Sowell explained, price gouging laws keep goods from being used where they are most needed. It is a result not intended by state legislators, but completely predictable.

In a 2007 Journal of Competition Law and Economics paper, David Montgomery, Robert Baron, and Mary Weisskopf present a thorough examination of the effects of price gouging laws. Their assessment of a proposed national price gouging law concluded a national law would have increased total economic losses during Hurricanes Katrina and Rita by nearly $2 billion, mostly from interference with incentives to bring goods and services to areas where they are most needed. In addition, they found that a national price gouging law would have left more of the economic burden of the storms on the states most directly hit, Louisiana and Mississippi, while moderating the economic consequences for the rest of the nation.

This damage-concentrating effect of price gouging laws is especially troubling, but it is a predictable result of suppressing price increases. Higher prices motivate a supply response: wholesalers divert supplies headed for neighboring markets into areas of suddenly higher prices, and the effect is that supplies in neighboring areas are reduced and prices rise a bit in response. As supplies are diverted toward the disaster-struck region, the harms suffered in the area are diminished a degree. Yes, consumers in disaster-struck areas would rather not pay four times the usual price for ice or 30 percent more for gasoline, but they generally would be better off having the opportunity to do so rather than having no opportunity to buy ice or gas at all.

Nevertheless, the City of Newark and Connecticut Governor Dan Malloy intend to prosecute.

Which exxon station are you referencing txs RT @SStirling: Price gouging? Exxon in Newark charging 4.19 a gallon for gas.