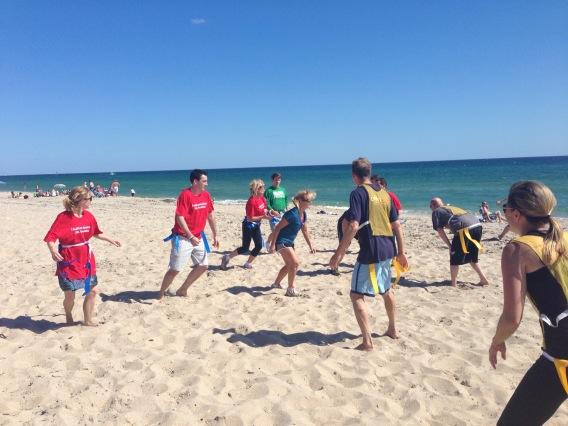 You go, Ann! Traveling press had a football match against Romney staff this weekend. 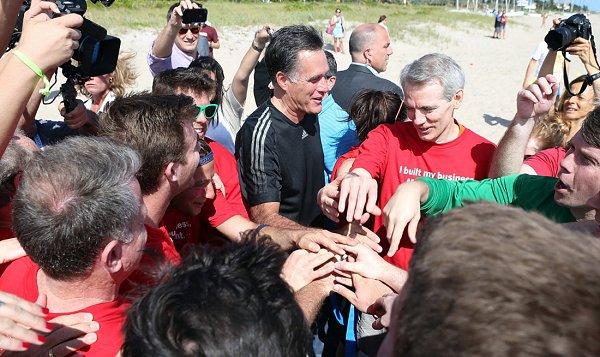 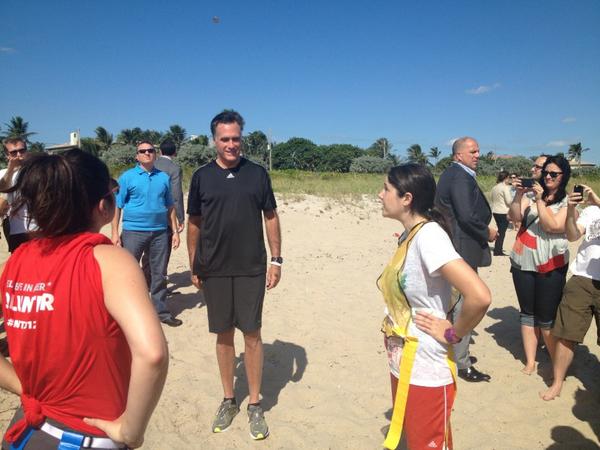 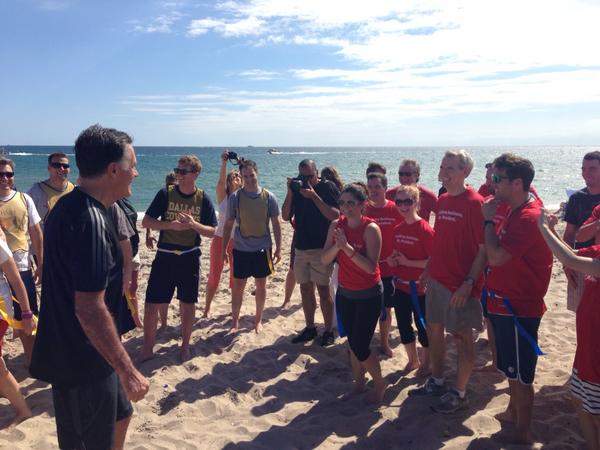 Romney jokes at press vs campaign staff flag football game on Florida beach, "Where’s Chris Christie when we need him? He’s our line."

Ha! Governor Christie was a no-show. But, they didn’t need him; Ann dominated the field. Fight like a girl? She’s got it covered! 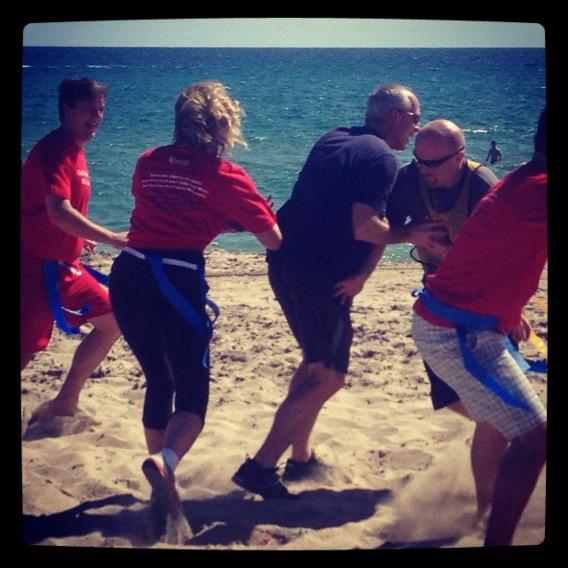 Ann continues to dominate as Carl Cameron does some kind of sporty thingie move.

Great photo by Eric Draper. @AnnDRomney runs with football as @CampaignCarl comes in for the stop. #RomneyRyan2012 pic.twitter.com/8jRcF0tD 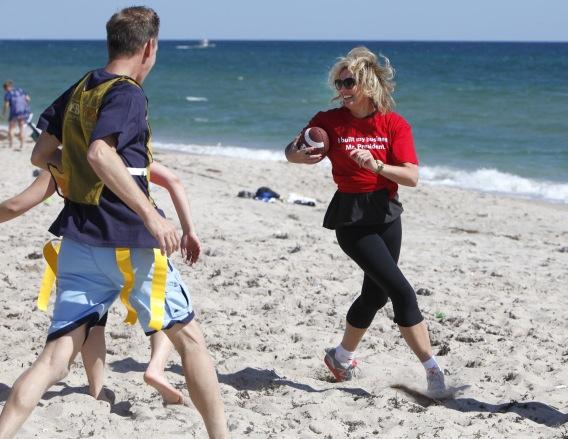 love love LOVE that she did this! RT @Sarah_Boxer: In Romney staff vs press football, @AnnDRomney dominated #gameon pic.twitter.com/g9aqizGF 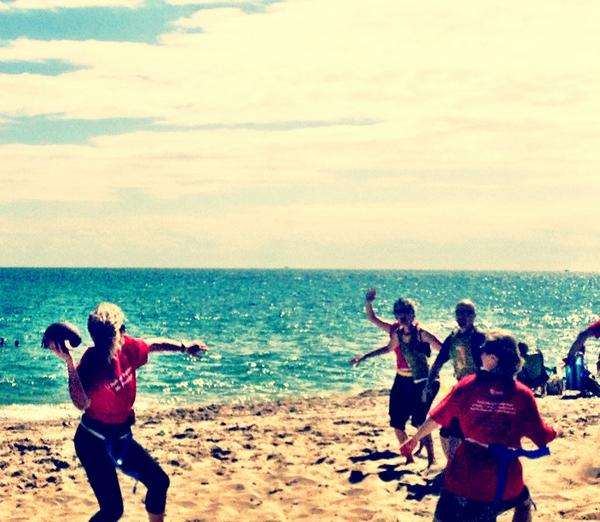 What would the score have been without Ann? Brava, lady! Gracious, kind, smart, beautiful and a football queen!

The Romneys’ grandsons, however, were more interested in these cute puppies.

Grandsons Parker and Miles spot a cute puppy as they walk to a burger restaurant in Florida with Gov and @anndromney pic.twitter.com/xCxIPx8f 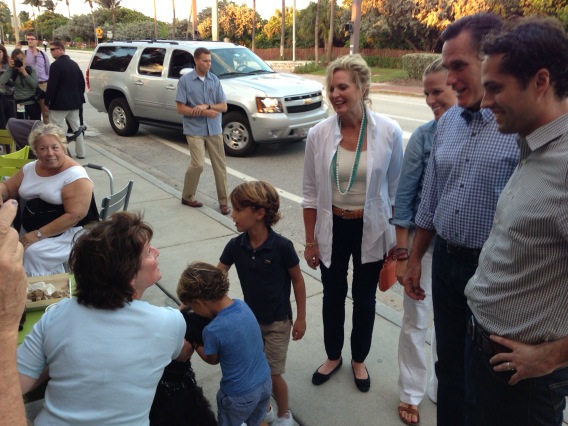