Are we supposed to feel bad? WaPo’s peek at Chasten Buttigieg getting acclimated to DC life…

3,574,722 are currently watching Felix Baumgartner/Stratos mission not on TV now but on YouTube http://t.co/HYnD4Dqb

Austrian daredevil and skydiver Felix Baumgartner hopes to make the highest jump in history today, while attempting to be the first skydiver to break the speed of sound. From space! Millions are watching via youtube and social media is buzzing. 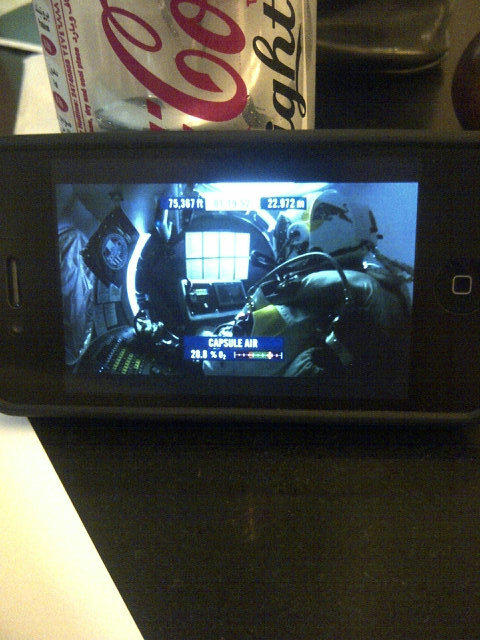 The first time a human being will break the speed of sound outside of being in an aircraft. #LiveJump #Stratos http://t.co/pk293fHh

Does this guy have to b ready to possibly bail at any min? What if balloon suddenly punctures? That capsule starts free falling…eject?

Baumgartner should break the sound barrier about 30 seconds into his jump http://t.co/nI8k2nwD #livejump

Felix is now over twice the height that commercial airliners fly at. Amazing! #stratos #livejump

Amazing. Since social media is fully involved here, of course there is some internet snark.

All I'm saying is, if Felix Baumgartner ISN'T wearing a Superman outfit when he jumps, he's wasting all of our time.

-Do you remember what were you doing when Felix Baumgartner jumped?
-Yes, tweeting. #livejump

If I was Felix Baumgartner, I'd be instagramming a selfie right about now. #stratos

When Felix Baumgartner lands, I want everyone to hide and pretend he's gone back in time. Perhaps all wear monkey suits. #stratos

Dang it – who the hell just ousted me as Mayor of the Earth's stratosphere on @FourSquare? #stratos #livejump

In just about an hour, the entire internet will spontaneously burst into a Tom Petty song. #spacejump

Heh. Twitchy will monitor and update with further reports.

Update: Wow! Felix himself is tweeting his jump?

Tweets from space? Or are they? Account not verified and was set up earlier this month with this tweet.

More photos and reactions from those watching. 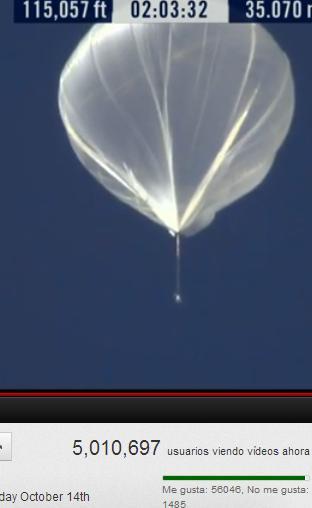 Felix is ascending at an average rate of 1,000 ft per minute. #stratos #livejump pic.twitter.com/UeGXDL66 YOU SHOULD BE WATCHING #redbull #stratos http://t.co/HgRsiHPz

http://t.co/oNCnwiIb This dude is supposed to skydive from over 120,000 feet in minutes and has a problem with his visor… 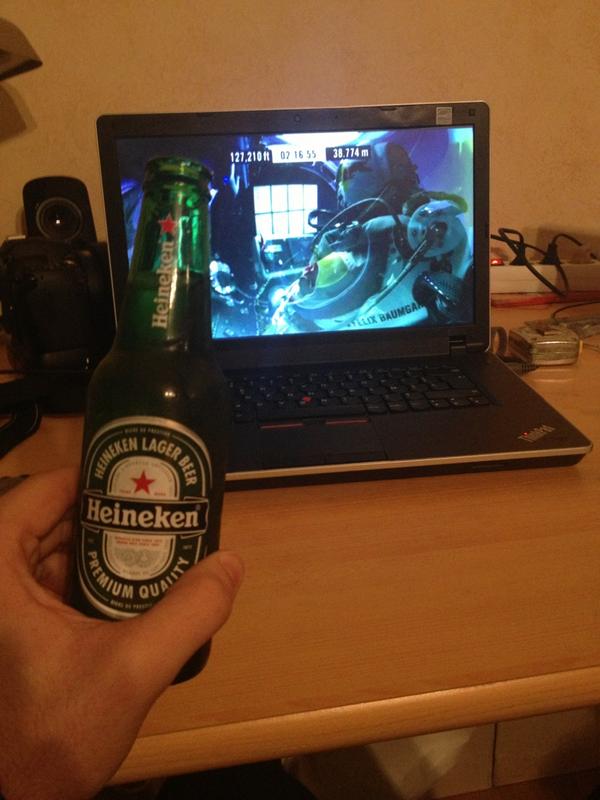 Felix just broke the record for the record of highest manned balloon flight at over 113,740 ft. http://t.co/rf5aDN7D

Anticipation continues to build. Everyone’s thoughts and prayers are with Felix!

This is one of those moments it feels like everything has stopped, & the whole world is doing the same thing. #RedBullStratos #spacejump 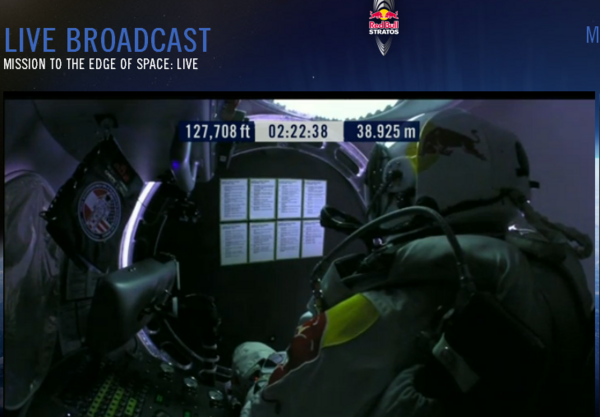 His (or his parody account’s) last tweet before his jump.

THE DOOR HAS OPEN #RedBullStratos 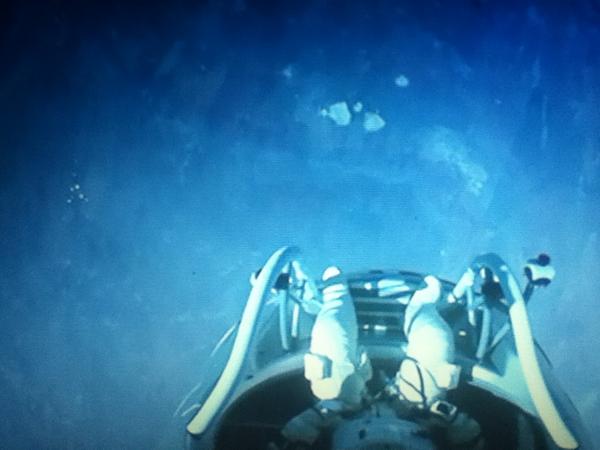 hey #cnn go back to the feed you worthless reporters! #RedBullStratos

CNN has broken away from live feed until Felix has safely landed.

Update: He does it! History is made and the world was watching, together, via the power of social media. 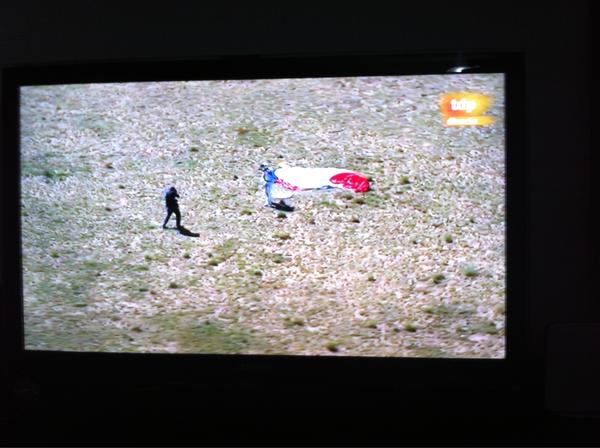 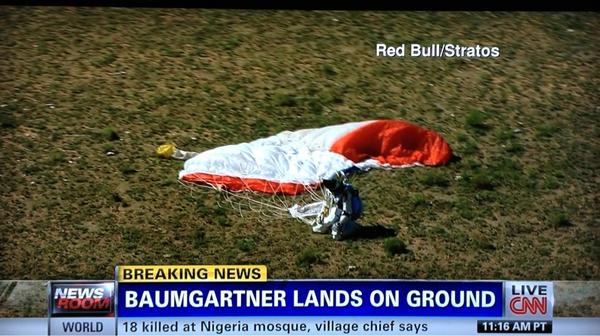 He did it! #Stratos #Felix pic.twitter.com/eip86s9N

#stratos was amazing to watch! History has been made today. http://t.co/qJfjwDbi

Welcome back to Earth Felix! What a true badass! #FearlessFelix #Stratos #10.14.2012 pic.twitter.com/bq2xsrX8

Amazing TV. Massive Congrats to Felix Baumgartner. That was epic!#redbullstratos

Feel like I'll be glad I watched this some day. #LiveJump #SpaceJump

Felix has landed safely from his jump from the Stratosphere. http://t.co/rf5aDN7D

Congratulations, Felix. You made history today!

Are we supposed to feel bad? WaPo’s peek at Chasten Buttigieg getting acclimated to DC life manages to make Pete Buttigieg look even worse