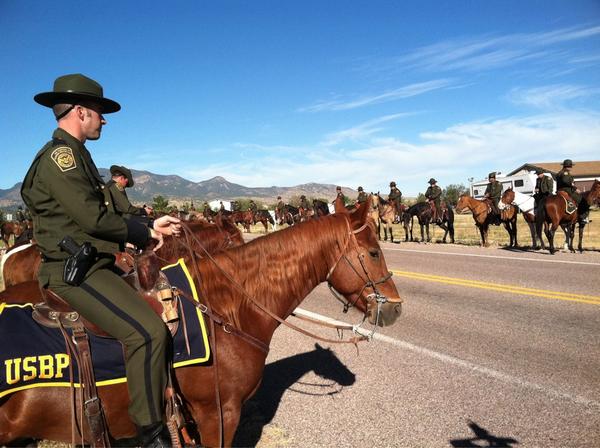 As Twitchy reported last week, Border Patrol Agent Nicolas Ivie, who was assigned to Brian Terry Station, was killed near Naco, Ariz. Most recent reports indicate that it was a tragic accident and a result of “friendly fire.”

Agent Ivie is being buried today and our thoughts and prayers are with his family and loved ones. Today, his colleagues are lining up to honor him and his ultimate sacrifice for his country. 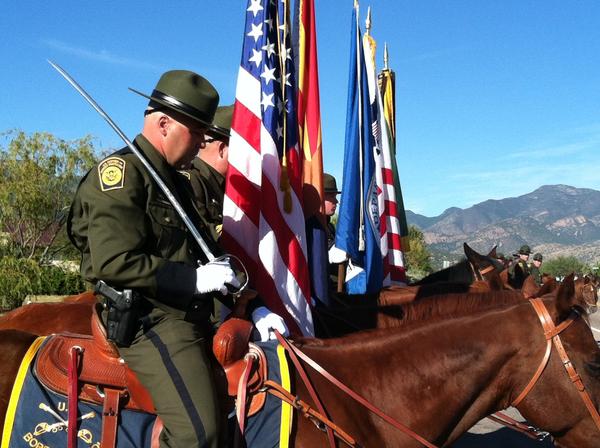 Tucson News Now is providing live coverage. And the hashtag #AgentIvie is being used to spread the word and honor Agent Ivie.

On-scene reports and photos are coming in via Twitter. 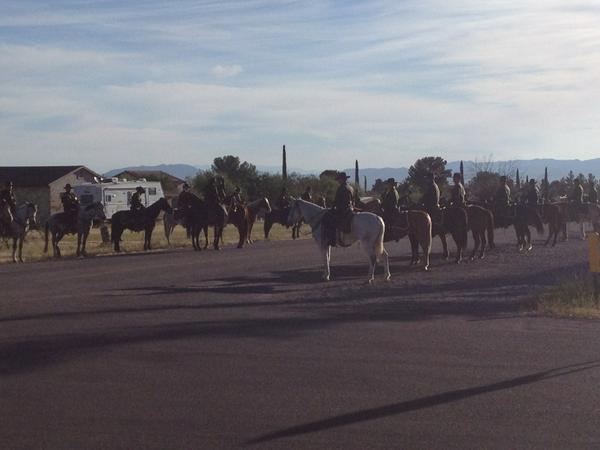 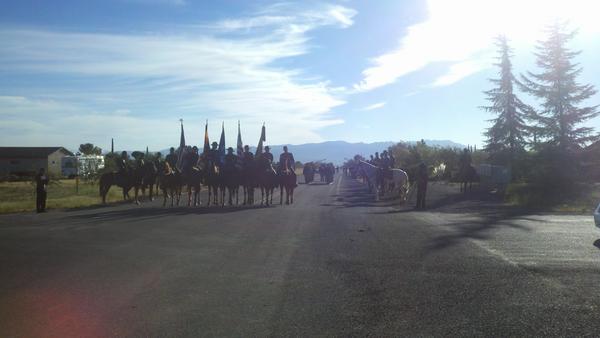 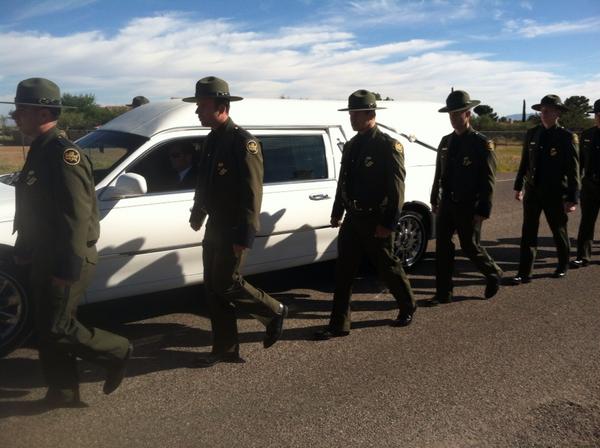 Rest in peace, Agent Ivie. Our thoughts and prayers continue to be with your loved ones. 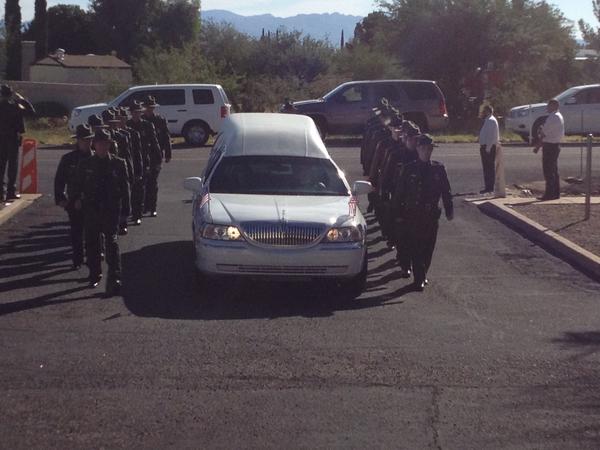