GOP presidential candidate Mitt Romney’s motorcade made an impromptu stop today, after the governor spotted children outside an elementary school, waving and cheering.

Kids from local elementary school are outside waving as our motorcade drives by.

So we passed an adorable line of kids waving at the motorcade outside a Va. school. Romney's Motorcade has abruptly turned around.

AWW MT“@EmilyABC: Romney's motorcade passes elementary school with kids cheering outside, we've made a u-turn so Romney can say hello”

Update: Gov just had motorcade turn around to go to the school to see the kids. Pictures coming shortly.

Kids coming up to Gov and asking "Are you really Mitt Romney?" The kids are so excited.

In a scene out of some kind of hollywood movie, the adorable children are now running across the school yard to meet Romney

Gov and @GovernorVA saying hello to students at Fairfield Elementary in Virginia. Kids racing across yard to meet Gov. pic.twitter.com/gMCjFJsw 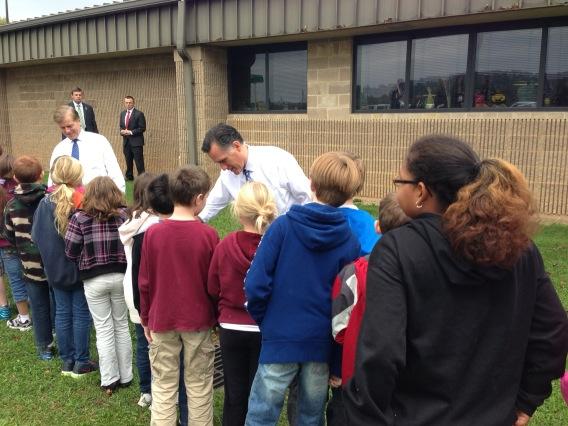 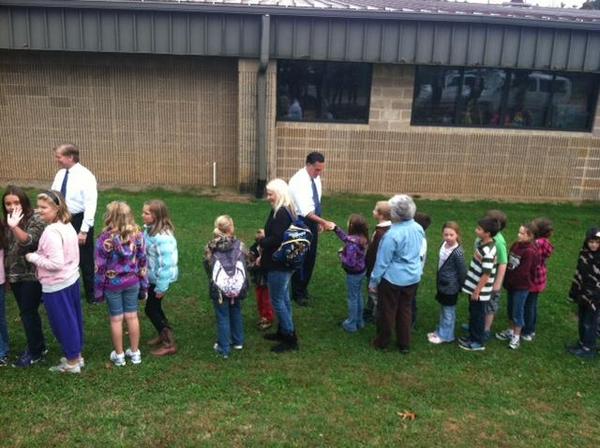 CLASSIC – After posing for pix with kids, they all shout "Thank you!" & Romney responds "Thanks you guys!" in return (via @GarrettNBCNews)

@jimacostacnn Love when these moments happen on the campaign trail. Nowadays it seems like everything is so carefully scripted.

Can't get enough of this photo. RT @Rick_Gorka: These kids are the best. http://t.co/boruAC4n

Neither can we! What a wonderful reminder to smile and delight in the wonder and joy of childhood. Of course, some can’t even just do that.

So Romney wants to kill Big Bird and everyone hates him so he visits some kids to soften his image? Hilarious and won't work.

Keep the impromptu visits coming, Governor Romney. You gave those children a day they will always remember and we are sure that you will, too.