Actor Rob Lowe called out President Obama, asking a question that most of the press doesn’t seem to want to ask. They’d rather ask about, you know, the Green Bay Packers. Because that’s important.

On Tuesday, Rob Lowe tweeted about President Obama speaking about the murdered Ambassador Stevens. Mr. Lowe wasn’t a fan of the background.

Could the background at the podium of the UN be any uglier? Looks like the wall in a 70's shower.

Heh. But more importantly, he asked, “Will Obama explain why our heroes had inadequate security?” We’d love to know as well, Mr. Lowe, and thank you for asking. It’s a travesty that the question even needs asked.

As Twitchy reported, Rob Lowe seems to be a rarity in Hollywood; he refuses to toe the lefty line and doesn’t seem to be drinking the Obama Cult-Ade. Ellen Barkin could learn a thing or two from him, although we are certain it is far too late for that. She’s too immersed in the cult.

Last week, he called out a CNN anchor for carrying “heavy water” for President Obama. He also consistently supports our heroes and not just with lip service. He puts his time where his mouth is. Of course, a Twitter lib finds Mr. Lowe’s rightful comment worse than Obama’s deplorable incompetence and woefully lacking leadership.

Sigh. In the mind of a cultist, it is never Obama’s fault. Everyone else should be doing his job. Can’t he just finish his waffle and his golf game? He has to canoodle, too. Sheesh!

Kudos, again, Mr. Lowe. You know you are doing something right when Obama apologists surface!

Evidently, Mr. Lowe is quite the gracious one, too, as this Twitter fan shows.

@RobLowe Thank you for taking time out to take a picture with my niece at Duke! , you made her day (mine too!) pic.twitter.com/Y1dpZ8T5 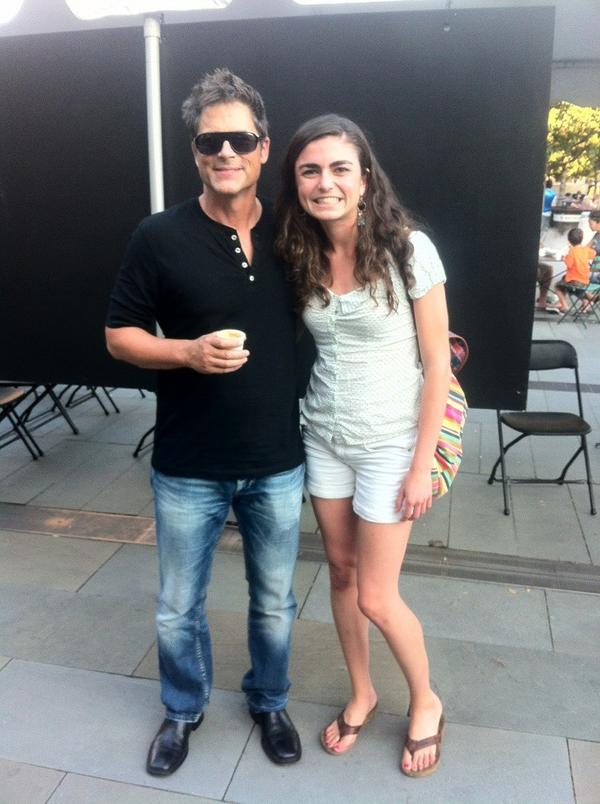 And in case y’all were wondering, he has weighed in on the NFL refs debacle as well. Funny, but someone who is actually “eye candy,” is able to weigh in without making it all about him. Unlike President Obama.

The owners and Roger Goodelll should be ashamed of the mockery the #NFL is becoming. Greedy shame.
Bring back the refs#MondayNightFootball

It's official. The #NFL is now a joke. Way to ruin a great brand, owners. Way to screw the fans and players Goodelll. #ScabIncompetentRefs

Obviously, freedom of speech is not honored in the #NFL. The coaches are clearly muzzled in post game press conference.

Now, Aaron Rodgers unable to speak his mind as well. It's gross.

Rob Lowe to Mitt Romney: ‘Time for the Hail Mary’

Janet Yellen adds somebody else to WH list of who’s to blame for inflation (Spoiler: It’s YOU)