‘I AM she, I AM her’: Gays Against Groomers’ Jaimee Michelle LEVELS Media… 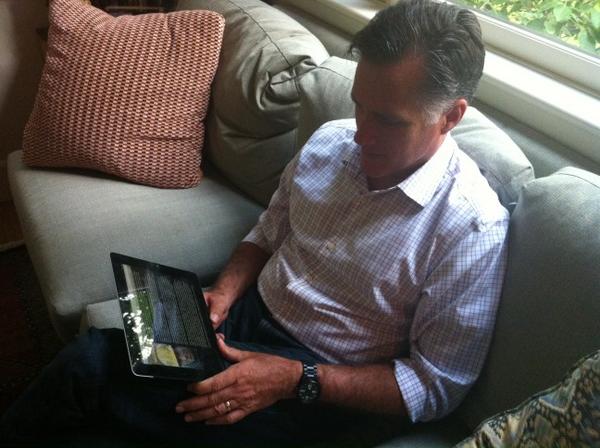 Twitter was buzzing the last several days over an open letter to Mitt Romney penned by Mike Rowe of “Dirty Jobs.” The open letter addresses the way this country now views hard work and skilled labor, as well as the growing skills gap.

.@MikeRoweWorks has a very important post about the losing the dignity of Real Work in America: http://t.co/N27u9pB8 cc: @AIPolitics #tcot

PS. In the interest of full disclosure I should mention that I wrote a similar letter to President Obama. Of course, that was four years ago, and since I never heard back, I believe proper etiquette allows me to extend the same offer to you now. I figure if I post it here, the odds are better that someone you know might send it along to your attention.

Priorities! Obama’s laser-like focus on jobs doesn’t really, you know, focus on jobs. Can’t he just finish his waffle? And his golf game?

The buzz paid off; the letter ended up in the hands of Governor Romney and he, in fact, read it.

.@bdomenech Ben, the campaign has officially reached out to Mike Rowe, & we look forward to hearing back about this worthy cause.

What did the governor read? Oh, some awesomeness.

More from Ace of Spades HQ.

Let me just start by saying that I’m a huge fan of Mike Rowe’s Dirty Jobs. So I find this particularly awesome.

Certainly, we need more jobs, and you were clear about that in Tampa. But the Skills Gap proves that we need something else too. We need people who see opportunity where opportunity exists. We need enthusiasm for careers that have been overlooked and underappreciated by society at large. We need to have a really big national conversation about what we value in the workforce, and if I can be of help to you in that regard, I am at your service – assuming of course, you find yourself in a new address early next year.

Read the whole thing over at MikeRoweWorks.com. It’s important.

Citizens on Twitter love what he is wonderfully saying and respond with a resounding, “heck, yeah!”

Mike Rowe skeptical abt promises of "shovel ready" projects in society that doesn't encourage people to pick up shovels http://t.co/SaXOF84p

The @MikeRoweWorks letter re: denigration of skilled trades was exact point of the @RickSantorum "snob" comment. Both right.

The Mike Rowe letter is striking. It honors all work. We can’t all be organic-green-job-web-designer-diversity-coordinators.

I needed to read this. And many of my well-educated friends need to as well. http://t.co/3AXkYEg0 (via @mikeroweworks)

Go read Mike Rowe's letter to Romney. Everyone has a purpose, everyone is important to the US and the economy.

Well done, Twitter and Governor Romney. From Mike Rowe’s typing fingers to your ears. Now, let’s make some of his suggestions happen. We need a little less standing around and holding a Summit ™ to decide the best way to dig a ditch; in theory only, of course, as that’s all they know.

We need a little more people (people upon whom Ivory Tower Obama would look down his nose) who will simply pick up a darn shovel and start digging.

‘I AM she, I AM her’: Gays Against Groomers’ Jaimee Michelle LEVELS Media Matters’ Ari Drennen for trying to trash her with … PRONOUNS