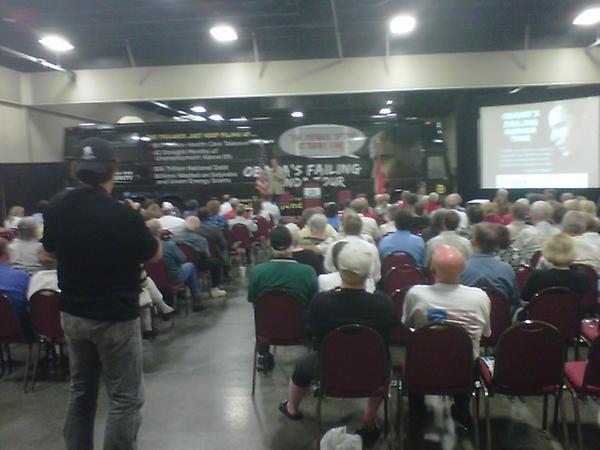 Americans for Prosperity are speaking a little real truth to power. They are hitting the road for “Obama’s Failing Agenda” tour, seeking to inform voters across the country.

My ride for the rest of the week. #FailingAgenda pic.twitter.com/c7kknlBt

Well, truth is hard for some. So liberals, in typical fashion, got their panties in a twist.

Also, until they change their economic platform, the Republicans will always be the Party of Bush. #FailingAgenda

Forcing unwanted vaginal ultrasounds on women is a #FailingAgenda #gopFAIL

Because, vagina! Don’t you feel empowered by being totally used, ladies?

Those who don’t rely on lapdogs pushing false narratives for their news, provide a dose of reality.

Insiders say Obama's been working hard on his speech. I guess all week he's been writing down new promises to fail on. #FailingAgenda

42 straight months of unemployment over 8%. Find out what AFP is doing to put pressure on this #failingagenda! http://t.co/YEs87AlA

You know Obama has a #failingagenda since he's now running on Clinton's record instead of his own.

Obama's #FailingAgenda and has nothing to run on. Just lies and bad mouth his opponent. #tcot

Just a reminder that during the #DNC2012, Hillary Clinton is half way around the world. Why? Because of a #failingagenda.

And speaking of attendance shrinkage concerns …

AFP will NOT be moving our event in Raleigh due to attendance concerns. #FailingAgenda

Bingo. That empty stadium? The president and his #FailingAgenda built that.