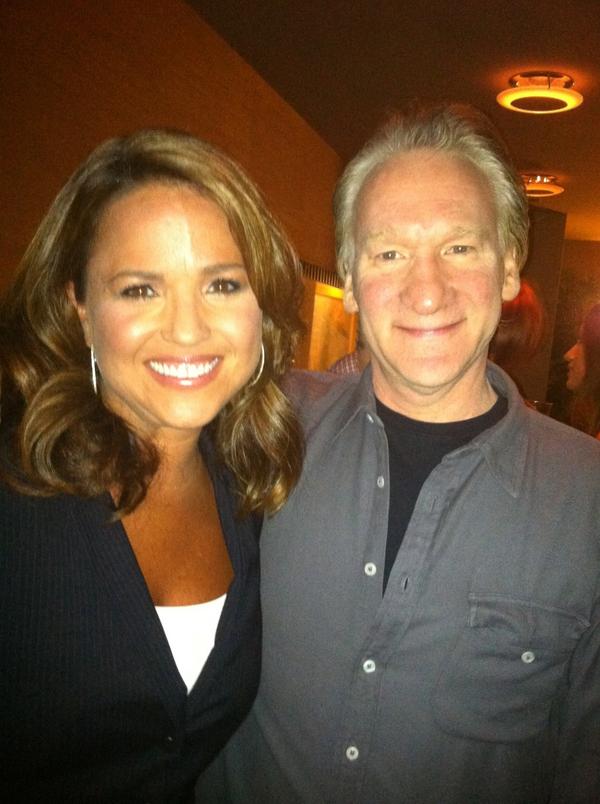 O’Donnell taped Maher’s show, “Real Time,” today and took to Twitter to tout her friendship with the misogynist “comedian.”

We’ve never really understood why some conservatives are drawn to Maher.

In case anyone has forgotten, here are just a few of Maher’s tweets in recent months:

#MittRomney u fucking loser, pack it in, when Black Elvis gets jiggy with his teleprompter ur dead meat

Man, if #NewtGingrich was any more of an asshole #RickSantorum wld have to pray for the strength not to fuck him

Toothless Tuesday too tight to tally! We're gathered around the magic picture box with a bowl of grits watching the returns come in!

As #NewtGringrich was blabbering on tonight, Calista had a look on her face like 'just once I'd like to shove something in HIS mouth'

Half of me sees #RickSantorum and says, bring it on, he cld never win! Other half says, Fuck, I don't put anything past this stupid country

Did u see #Michele Bachmann on Leno last night? O lordy! Apparently she picked up the endorsement of cervical cancer