Catherine Herridge: Primary sub-source of Steele dossier was subject of an FBI counter-intel probe in…

The Federalist: Newly declassified FBI texts detail ‘the FBI’s desire to take down…

Rep. Jim Jordan asks Christopher Wray if the FBI is investigating those allegations against Hunter Biden

Ratio alert! ‘Climate lockdowns’ might be necessary to stop climate change according to…

‘Why is this news?’ Louisville police major calls Antifa and BLM protesters…

‘How exactly would that work’? Joe Biden campaign says he’ll commit to a…

BINGO! Kayleigh McEnany serves WH press a reality check about which side has no plan to accept election…

NEW: 152,000 students will have to find another way to school in NYC today as school bus drivers have gone on strike – @AP

No worries, though! Nanny Bloomberg says the city will foot the bill for cab fare, MetroCards and mileage.

If NYC school bus drivers strike, NYC will provide MetroCards or pay cab fare. "P.S. 162 and step on it, I've got a nine o'clock homeroom."

Not that it’s much help to special needs kids.

The biggest losers in the NYC bus strike? Special ed parents and kids. Good luck getting a wheelchair into a cab.

And taxi fare reimbursement isn’t enough to calm angry parents and others inconvenienced by the strike.

FUCK EVERY BUS DRIVER ON STRIKE

Really pisses me off when bus drivers go on strike! They get paid really good money to sit on their star and be miserable all day! Fuck off!

Reps from Local 1181 of the Amalgamated Transit Union say the strike is For the Children™, natch. The claim is that it would be unsafe for kids if drivers don’t have guaranteed job security. But many aren’t buying the trumped-up feel-goodery about child safety and are calling out the selfish union protectionism.

NYC bus drivers are going on strike today. They are so selfish and are only punishing the students. Unions need to go!

If you are one of the 8000 bus drivers that went on strike on NY today, your all selfish pieces of shit. Now the kids have to suffer.

Bus drivers going on strike.. THAT IS SO IGNORANT. Poor kids. ? #Selfish

school bus strike in nyc. what a bunch of selfish JERKS. what about the students? oh yeah they dont matter…

Selfish jerks? Please. Clearly their only concern is for the children.

Union protestors physically blocked buses from leaving to pick up kids this AM. NYPD had to help. Kids are paying the price for this strike.

This is what going on strike looks like. At Ridgewood, Queens Atlantic Express Depot #schoolbusatrike pic.twitter.com/KTrZNEqL 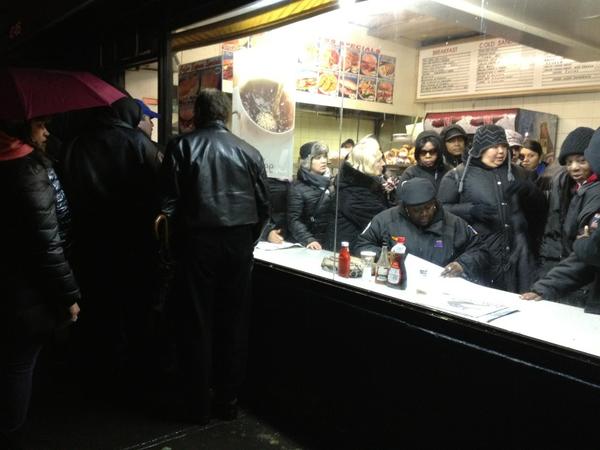 Catherine Herridge: Primary sub-source of Steele dossier was subject of an FBI counter-intel probe in 2009

The Federalist: Newly declassified FBI texts detail ‘the FBI’s desire to take down Trump’ at any cost