Talk of stricter gun control prompted thousands of people to turn out for gun shows all over the country this weekend. Lines were long, in some cases stretching hundreds of yards.

Gun show was packed today. Long lines to get in. news was there to make up stories.

Just left a gun show here in TN. Stood in line for an hour in the rain to get in, felt good to suffer amongst hundreds of other patriots.

Line for the Conroe gun show about a mile long. #thanksObama

About 1/4 of the line out the door of the gun show after it had been open for 2 hrs. Keeping the 2nd Amendment Strong pic.twitter.com/huMV5R2T 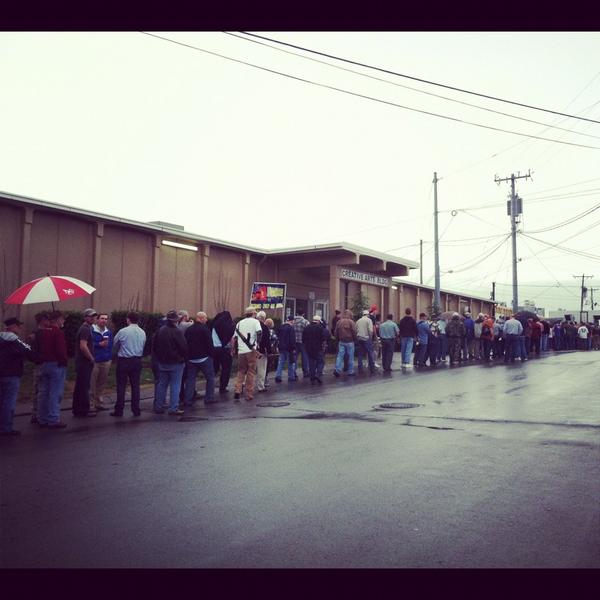 People line up for the gun show Saturday pic.twitter.com/uUsrzJja 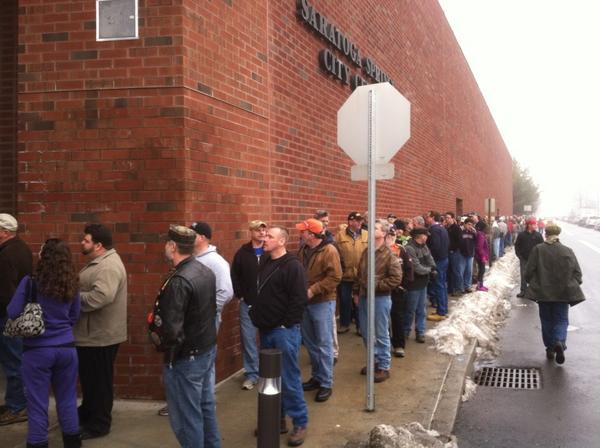 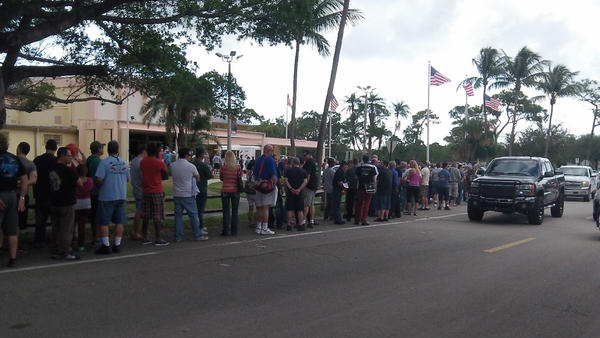 Everybody wants tickets to the #GunShow. No, seriously, it's the Ft Lauderdale Gun Show. pic.twitter.com/oDN1PJz0 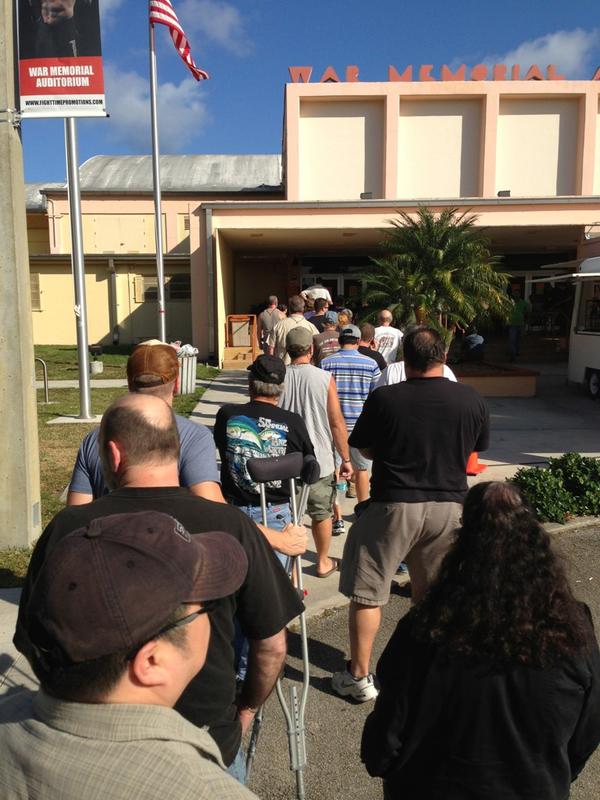 Line to get IN the Jxn Gun Show this morning. "Move along ppl, there's nothing to see here!" And sadly it was true… pic.twitter.com/x5W0WFfw 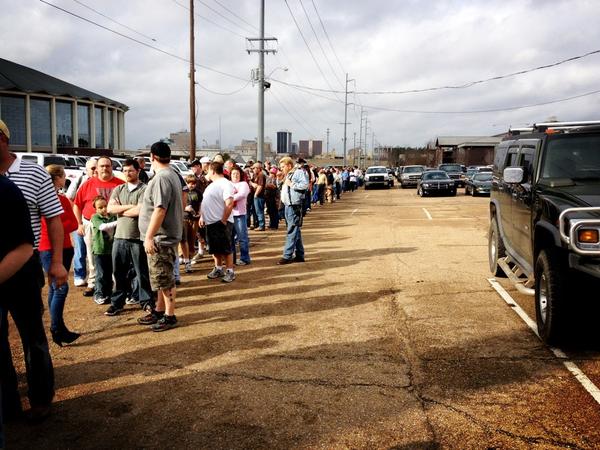 Elbow to elbow with people at the #rochmn gun show this morning. http://t.co/6BUl6eEr

About 1,000 ppl line up outside the Manchester Radisson for a gun show Sat AM. Ppl worried about proposed gun laws. pic.twitter.com/4kKHV4kI 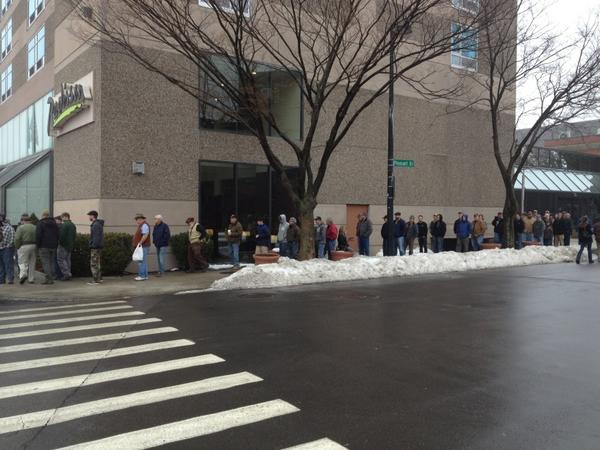 This photo taken @ the #KCI expo of the #GunShow.Organizers say within the first hour .223 ammo was close sold out! pic.twitter.com/nrlBeJ7B 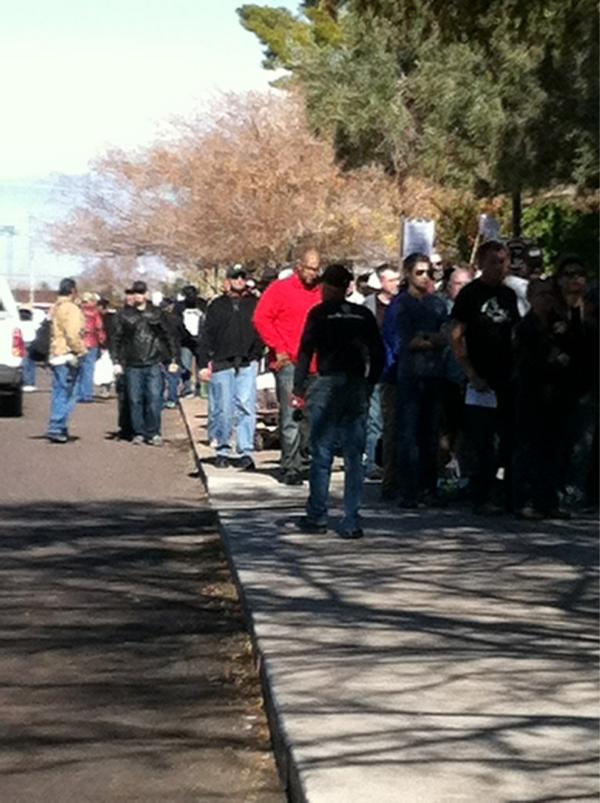 The is fantastic. The largest crowd I've ever seen for the gun show in Saratoga. pic.twitter.com/l9AVNpDs

The line yesterday at the gun show. pic.twitter.com/mRgKvBWC 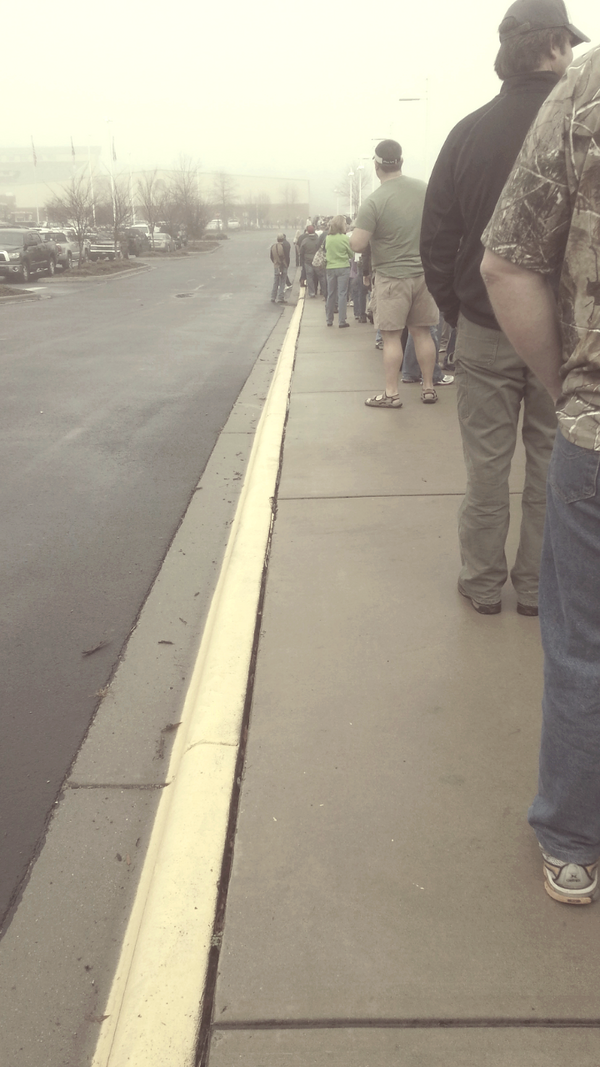 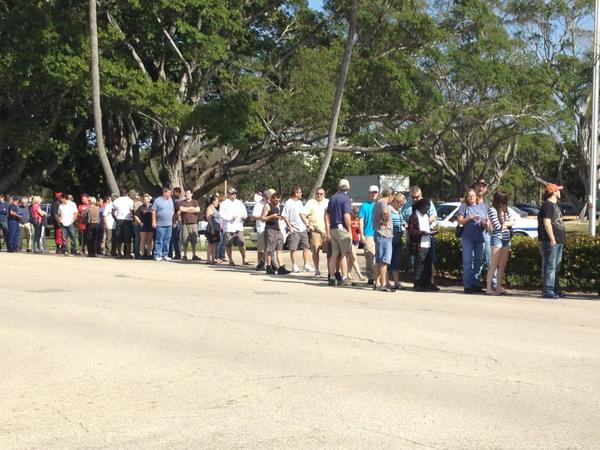 Not everyone, however, was happy to see Americans exercise their basic constitutional rights:

really?! have they nothing better to do? #sick “@BettyNBC6: Long line at Ft. Lauderdale gun show. assault weapon @nbc6 pic.twitter.com/fN3IqkCV”

Depressing to see outrageously long lines of mostly old, White guys waiting to get into SF 'gun show' to stock up. #SaneGunLawsNow

most peoples minds would be blown by the illegal activity that goes on at gun shows. gun shows are a felons best friend.