Today is Hobby Lobby Appreciation Day, and as Twitchy reported yesterday, tens of thousands used Facebook to express support for the event and for religious freedom.

Hobby Lobby faces fines of up to $1.3 million per day for refusing to comply with the Affordable Care Act’s emergency contraception mandate. While many companies have obtained Obamacare waivers, the administration refuses to exempt Hobby Lobby based on religious objections to the mandate.

Founder David Green says the requirement “goes against the Biblical principles on which we have run this company since day one.” But courts have argued that Hobby Lobby isn’t entitled to a religious exemption because it’s not a religious organization. Translation: Religious liberty? Religious schmiberty! It’s not like Hobby Lobby has any evidence of its religious underpinnings and deeply-held values.

#HobbyLobby wearing their Christianity on their sleeve. pic.twitter.com/VKicFBE8 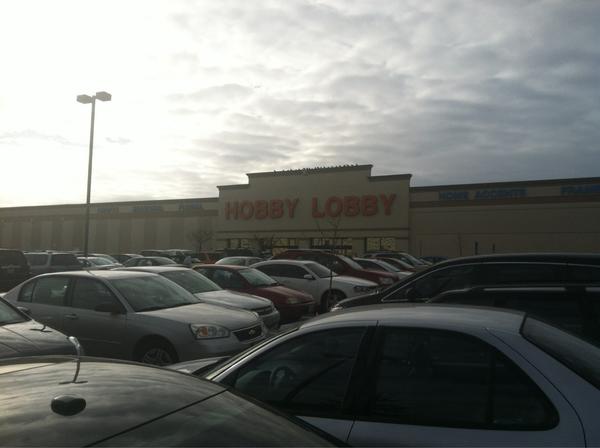 Happy to see a packed parking lot in front of #hobbylobby today!! pic.twitter.com/0CKfTYVE 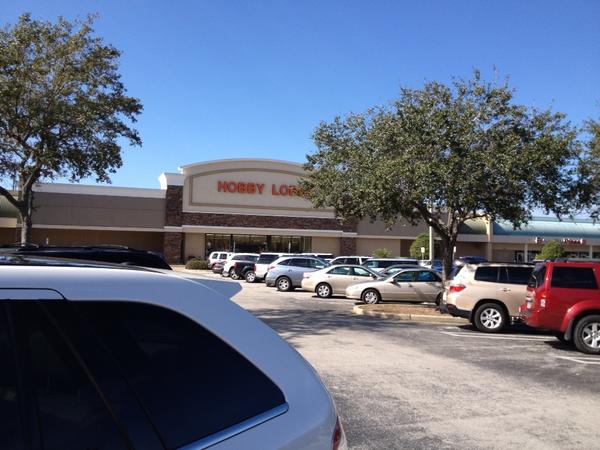 Just got back from @hobbylobbystore it was crazy packed. Proud to show the small amt I could afford today #HobbyLobby pic.twitter.com/jKLgQQIp

#supporthobbylobby The one in Anderson is packed today! @ Hobby Lobby http://t.co/R2G3iQD6

Hobby lobby on beaches in jax was packed!

Good to hear! RT @sue48nd: @RWBEagle I went to Hobby Lobby today in Bismarck, ND in crappy weather. It was very busy. Clerks were mystified.

#HobbyLobby seemed to be doing a healthy business this morning in Lafayette, IN. #ObamaCare #ReligiousFreedom #teaparty

Man, everyone is at Hobby Lobby!! #packed

And remember, consumers can show their support for Hobby Lobby without showing up in person. Many are shopping from the comfort of their own homes.

Since this is Support Hobby Lobby Day, DIY Guy & I are now shopping online at http://t.co/jbPcsi52!

Just made my online purchases at Hobby Lobby. #HobbyLobby

There's no Hobby Lobby near me, so I'm going to buy something online. http://t.co/adrG8VLY #HobbyLobbyAppreciationDay

I bought something online today to support Hobby Lobby. Did you? http://t.co/0bL2U3mS

@Gabby_Hoffman , Unfortunately, none near me, but I just ordered stuff online. Didn't even need it. 🙂 #HobbyLobby

And just because this photo is too precious not to share, we’ll leave you with what may be the cutest little Hobby Lobby supporter.