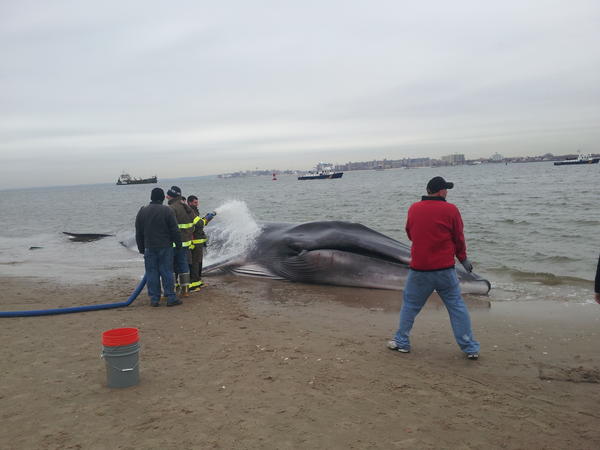 Forget getting a cat out of the tree. Firefighters, police and other emergency workers are in Breezy Point, Queens today tending to a 30-foot beached whale. There’s speculation that it’s a humpback whale, but that has not been confirmed.

Beached humpback whale washes ashore in Queens, NY; volunteer firefighters are pumping seawater on it to keep it alive. 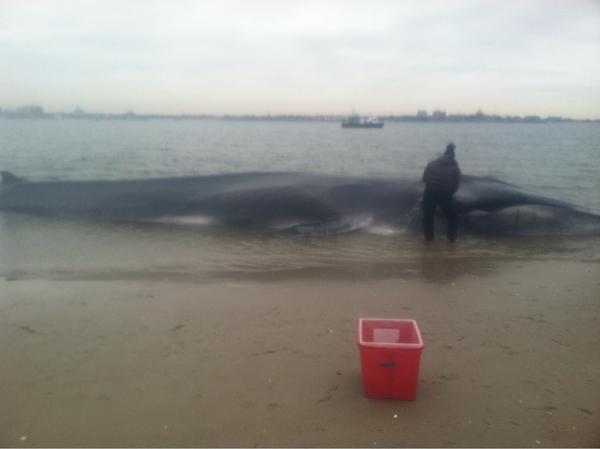 Another photo of the beached whale at Breezy Point, Qns pic.twitter.com/3Qrfc7Dq (@NBCnewyork) 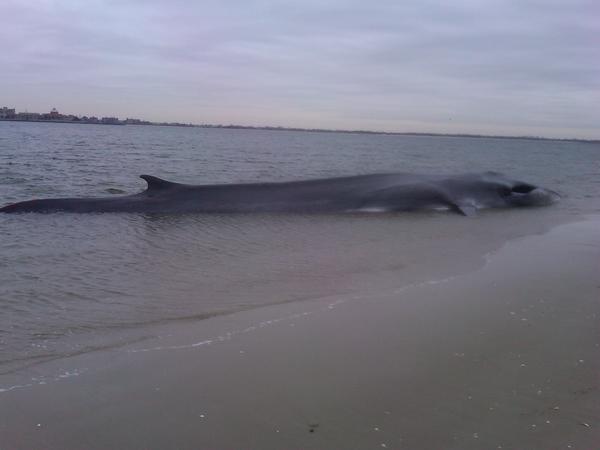 Sorry, guys. This story doesn’t have a fairy tale ending.

The beached whale can't be saved! So sad….

Newsday reports that the finback whale was already very sick when it turned up on the Breezy Point beach.

Marine biologists in Breezy Point, Queens, Wednesday afternoon said they will not be able to save the life of a beached finback whale beached on the Jamaica Bay shoreline, but planned to let it die a natural death.