As Twitchy reported, tornadoes in Mississippi and Alabama caused major damage and injuries on Christmas. As many as 34 tornadoes ripped through the South, trapping people in their homes and mangling buildings.

Scary photo of the tornado from my neighborhood in Mobile this evening, taken by neighbor down the street. http://t.co/McgrisMm

The Christmas storm is being blamed for three deaths and many more injuries.

31 is the #tornado count from SPC now with 14 to 20 injuries in MS alone. Not seeing McNeil, MS injuries here: http://t.co/LJKIbcqU #severe

The tornado did not hurt anybody I know but not all were so lucky 🙁 – Christmas Day storms blamed for 3 deaths – http://t.co/oNoliqMp

The property damage is severe in some areas.

@seanagnew my hospital got hit and I’m not sure about my house yet, I’ll find out tomorrow!

More from Troy @ mobile home park, where 2 families had to be cut from their homes. @wsfa12news pic.twitter.com/NzifG7V7 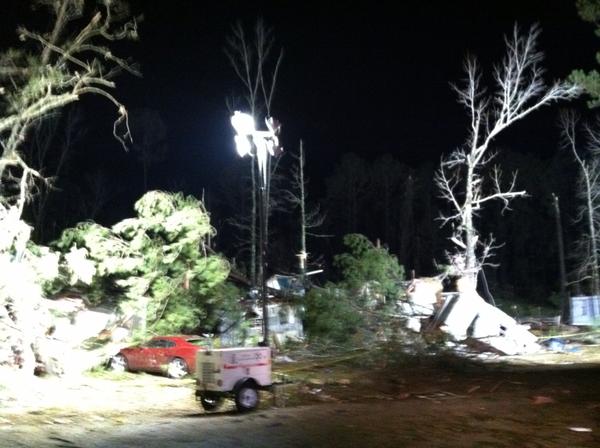 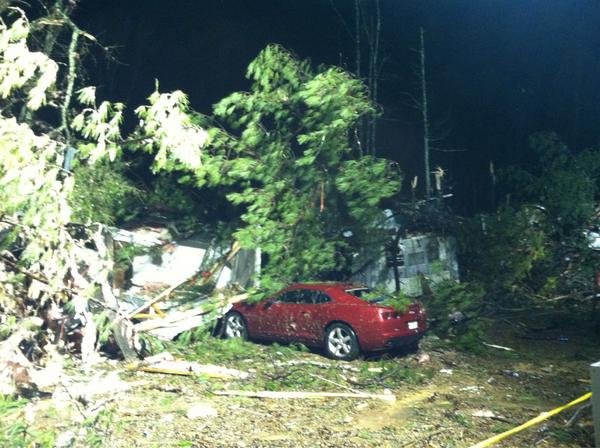 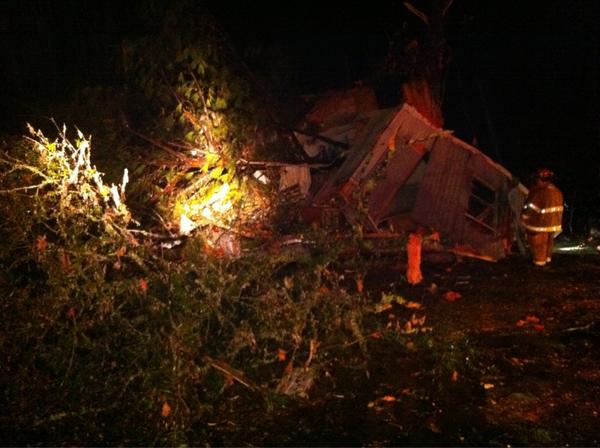 Prayers to Mobile, AL ~ pic of my high school roof blown off tonite due to tornado. pic.twitter.com/QEXiJs0J

@reedtimmerTVN @Dave_Nussbaum Pictures sent to me from this afternoon's tornado north of Picayune, MS. pic.twitter.com/XGFpSjBE 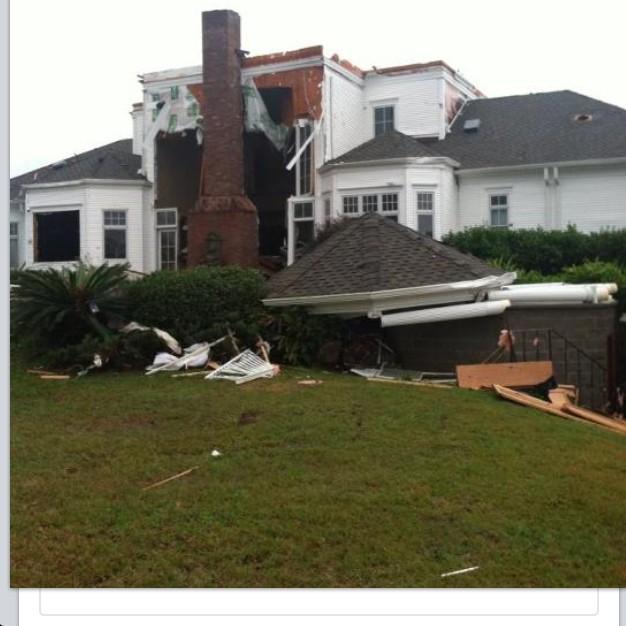 Continued prayers for everyone in the South.

@TwitchyTeam More than three. At least three are dead in Arkansas from weather-related accidents, including two kids. http://t.co/sDjPtURJ