As Twitchy reported yesterday, the press pool is taking in the Hawaiian scenery as President Obama kicks back on his $4 million dollar island vacation.

Vacation continues… RT @michellemalkin: Aloha! RT @mkraju: Obama is at the gym at the Marine Corps Base in Hawaii, pool report says

Later today, it’s back to the White House.

POTUS will depart Hawaii for Washington at 10pm local Wednesday. The first lady and daughters will stay behind.

But before the president catches his flight, he’s got some heavy lifting to do. No, silly! Not on the pesky fiscal cliff stuff. At the gym!

OK, “heavy lifting” might be pushing it. Meanwhile, with no Obama-watching to do, the press pool hit Starbucks. Nice work if you can get it. 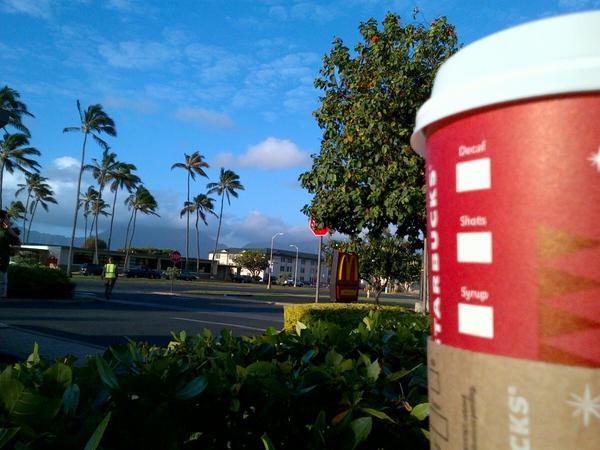 Any fiscal cliff messages scrawled on that Starbucks cup or is that only in D.C.?

As Obama hits the gym, per pooler @mikememoli: "Pool stopped at Starbucks, where my coffee cup is free of fiscal cliff-related messaging."