Washington stateŌĆÖs new law legalizing the possession of small amounts of marijuana took effect Thursday and stoners gathered at the Space Needle at midnight to show just how fired up they are.

Just so you've been warnedŌĆ” If you walk past the Space Needle, you may get a contact high. The 502 is burningŌĆ”

People are having a huge as smokeout at the Space Needle saying its a huge historic moment for themŌĆ”ŌĆ”.lmfaooo 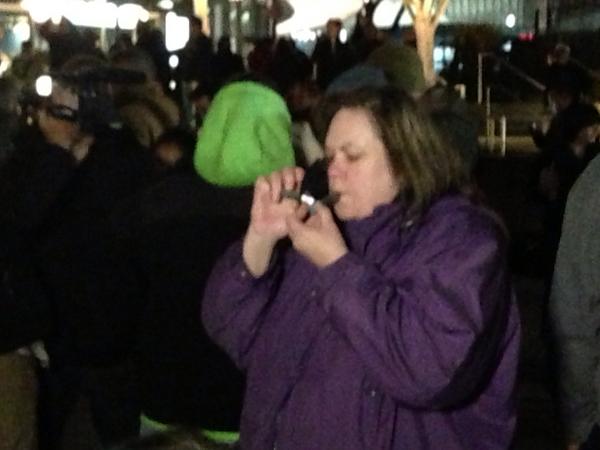 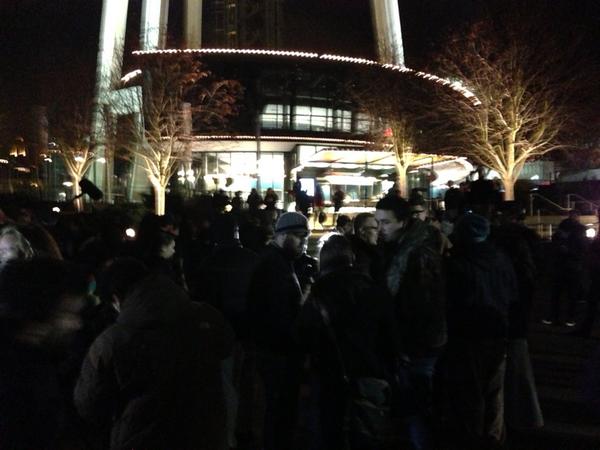 Of course, it isnŌĆÖt actually legal to smoke up in public.

Possessing Marijuana for personal use becomes legal in the American state of Washington today. Smoking in public still not allowed.

Not that┬Āthat stopped anyone. The Seattle Police Department isnŌĆÖt quite ready to enforce the new law and says that ŌĆ£adult personal use remains the CityŌĆÖs lowest law enforcement priority.ŌĆØ

ŌĆ£SPD Officers Shall Not Take Any Enforcement Action" For Public Marijuana Use #hashtag http://t.co/wt57ZZK5

Police plan to rely on ŌĆ£helpful remindersŌĆØ until the state or city ŌĆ£gives officers clear direction on how to deal with the provisions of I-502 prohibiting public use of marijuana.ŌĆØ More from the Seattle Police Department:

In the meantime, in keeping with the spirit of I-502, the departmentŌĆÖs going to give you a generous grace period to help you adjust to this brave, new, and maybe kinda stoned world we live in.

Does this mean you should flagrantly roll up a mega-spliff and light up in the middle of the street? No. If youŌĆÖre smoking pot┬Āin public, officers will be giving helpful reminders to folks about the rules and regulations under I-502 (like not smoking pot in public). ┬ĀBut the police department believes that, under state law, you may responsibly get baked, order some pizzas and enjoy a Lord of the Rings marathon in the privacy of your own home, if you want to.

It's like the people partying outside the Space Needle cause weed is legal in Seattle now don't have jobs to go to in the morŌĆö- ah. I see.