Meanwhile, the American people continue to populate the asylum with their votes. 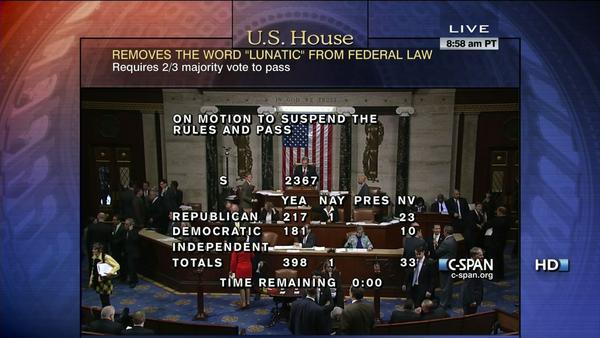 The one “no” vote was from Texas Republican Rep. Louie Gohmert.

Make of that what you will.