The Islamist leader’s Twitter avatar was changed to a photo of Gaber “Jika” Salah, the teen anti-Morsi protester who was killed during clashes with Egyptian police last month.

Well, @khairatAlshater's twitter account has just been hacked. Avatar's been changed to a photo of the martyr Gaber "Jika" Salah.

Photo: The hacking of @khairatAlshater's Twitter account today. He even put a phone no. out there. #Egypt #FJP pic.twitter.com/9iyaUOSD 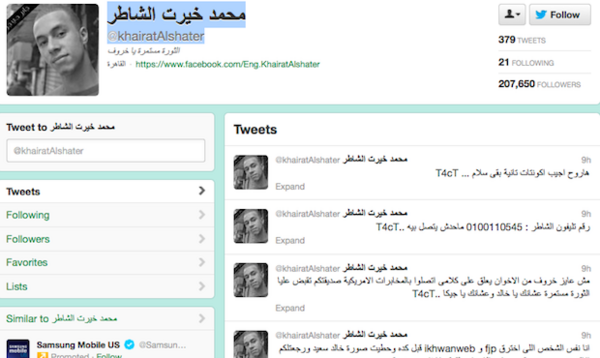 In addition, el-Shater’s Twitter bio has reportedly been changed to include a pro-revolution message.