Blue-checked author is sure that Dr. Seuss would think Fox News ‘are the world’s biggest…

Isn’t THAT convenient?! Excuse Biden admin feeds the media for keeping them from visiting their…

The Chiefs are still scheduled to play the Panthers tomorrow.

Here’s the “Photo of the Day” that accompanied the tweet:

Who felt it was a good time in KC to tweet ANYTHING!? RT @kcchiefs Photo of the Day – PANTHER CRUNCH – http://t.co/HBBj1cd9 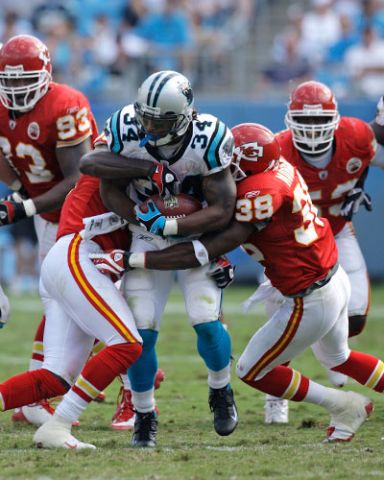 If so, hopefully the Chiefs’ social media team has scheduled tweets turned off now. Although the Chiefs clearly have today’s tragedy occupying their minds right now, many fans were appalled.

Not a good look for the @kcchiefs account with their photo tweet. It's probably scheduled and a lot going on, but still not a good look.

@kcchiefs seriously? Horrific Tragedy Today and you send this out.Take a break. Coming from a family that has season tickets since 1968!

While immediate reaction was not very forgiving, some Twitter users are a lot more understanding.