As Twitchy reported earlier, voters at one Philadelphia voting site were forced to vote next to a giant mural of President Obama. They weren’t alone.

This mural of Obama and his penguin pals basking under a glowing campaign logo sun is located at School Without Walls High School in Washington, D.C. 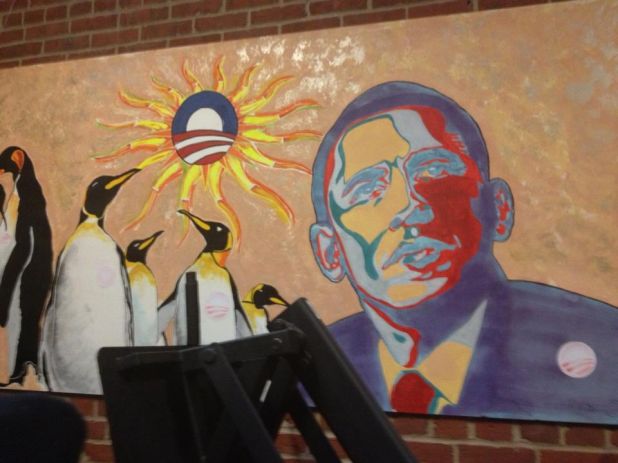 The Twitterer who tweeted the image indicated that the mural has been reported.

@williamtbigelow It has been. School Without Walls High School in DC.

At one point today, the portion of the mural with Obama’s face was apparently covered, but his campaign logo was not.

Painting in the hallway. Preeetty sure Obama's covered by the black. C'mon folks, it IS DC, after all. http://t.co/ROZkyB3I

Twitchy will monitor this story and update with any further developments.