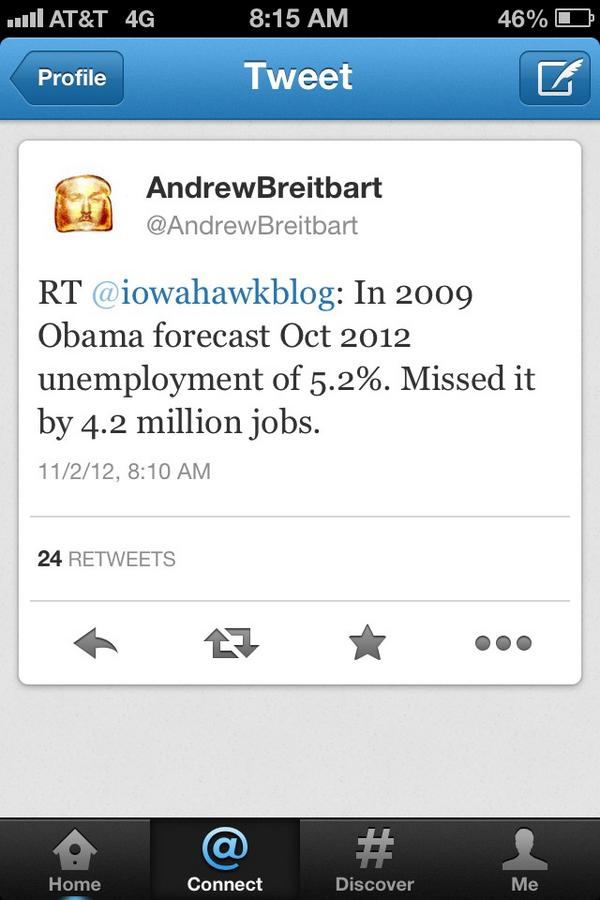 And now the @iowahawkblog RT is gone! 🙁 @AndrewBreitbart

Although it was quickly deleted, the retweet did not go unnoticed.

@iowahawkblog I received @AndrewBreitbart tweet in my text messages cause I always had that notification on. WoW! Speechless. #goosebumps

Im sure someone at Breitbart probably is in charge of @AndrewBreitbart's acct & tweeted by accident. But still felt good to see Andrew again

Twitchy will let you know if details about the mysterious retweet emerge. With or without an active Twitter account, there’s no doubt that Breitbart is here. #WAR