The Gowanus Canal overflowed its banks Monday, flooding the surrounding streets with polluted water. The Gowanus is a Superfund site described by the Environmental Protection Agency as “one of the nation’s most extensively contaminated water bodies.”

Rotten egg sludge with a hint of poo RT @JeremyBusch How would you describe the smell to non Brooklynites? #Gowanus

Mayor and an official, I believe with DEP, said they don't anticipate serious issues on Gowanus "We'll just clean it up like anything else"

But the Department of Environmental Protection urged people to wash up after coming in contact with the contaminated water.

#Sandy MT @hunterw: DEP statement on Gowanus advising people who get canal water on them to "wash their hands and practice proper hygiene"

That wasn’t much comfort to area residents watching the canal water seeping toward their front doors.

liking that we havent lost power or internet yet. not liking that the toxic and flooded gowanus canal is so close by #sandy

the gowanus is so fckn toxic. #bloomberg gonna do something about this?

Gowanus floodwaters officially about 5-10 yards from my front door pic.twitter.com/kPkVzAmI

A photo of the overflowing superfund site that is the Gowanus Canal. #Sandy is getting #gross pic.twitter.com/1jSPoDGu 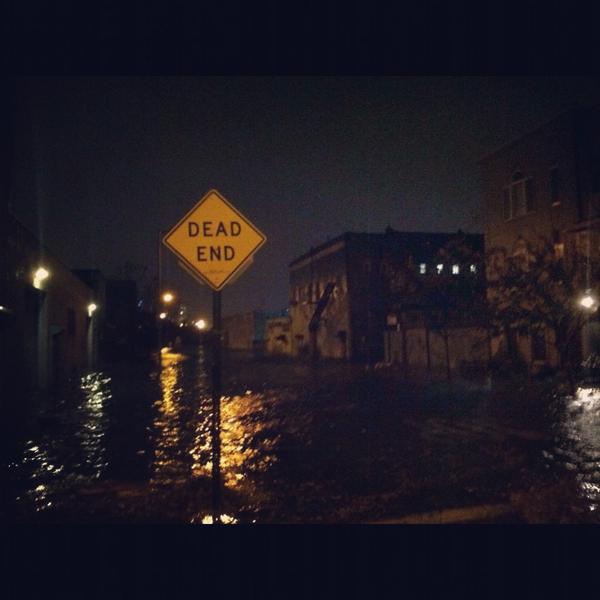 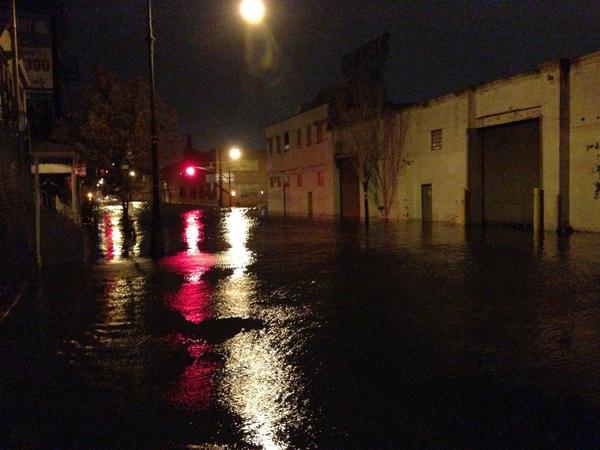 Area residents also had to contend with a fire.