A huge crowd turned out for Mitt Romney and Paul Ryan at Hoover High School in North Canton, Ohio, Friday evening. Even wet weather and frigid temperatures couldn’t keep thousands of energetic supporters from lining up to see the GOP candidates speak in the crucial swing state.

Crowds waiting in the cold and rain to see Romney and Ryan in N. Canton Ohio. pic.twitter.com/9tIfPDax 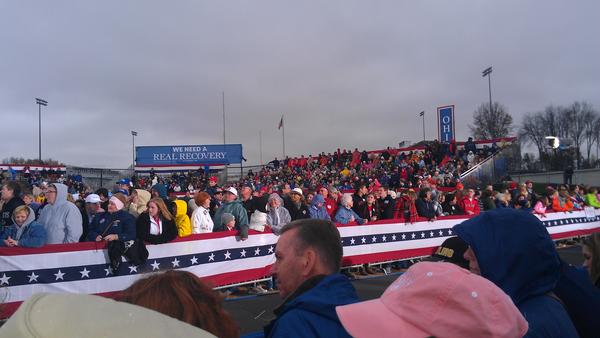 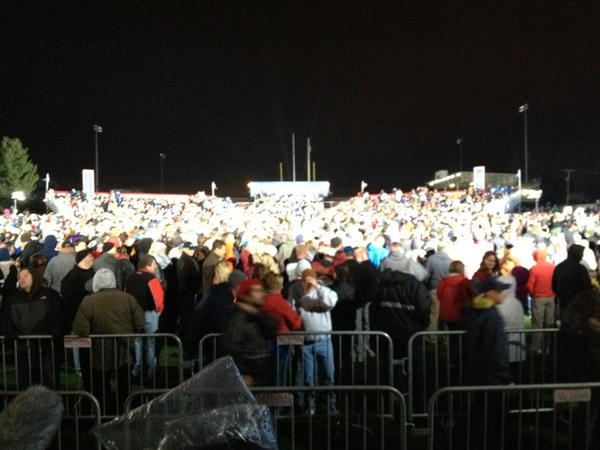 Another massive crowd in Ohio! What an event on the baseball diamond at Hoover High School. This is Romney/Ryan country pic.twitter.com/kHWOjnZy 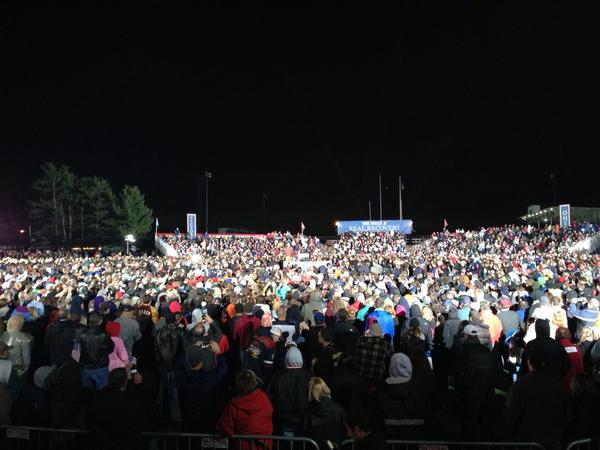 It's cold but Stark County believes in #RomneyRyan2012! Senator @robportman fires up the huge crowd! pic.twitter.com/z4mhCPM5 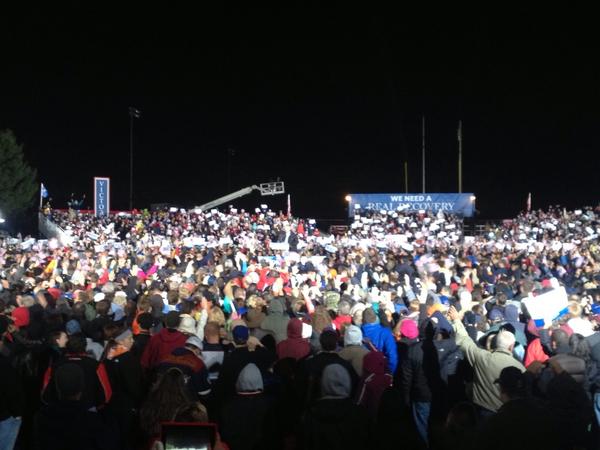 The Oak Ridge Boys warmed up the freezing crowd and actress Patricia Heaton bundled up to introduce the candidates. 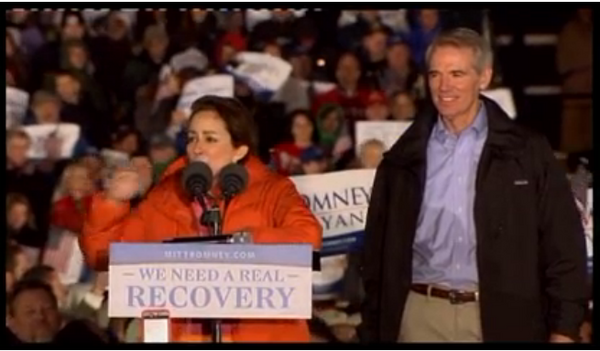 Mitt Romney: "Forward" is more like "backward" under Obama … speaking in Canton

Mitt Romney in North Canton, Ohio: "I don't understand how a college kid could vote for President Obama."

Romney: Obama campaign is out of ideas and out of excuses.

Ryan in N. Canton: "It is in your hands. And you know what? We trust you. We know that Ohioans are going to do this."

Like Ryan, the Ohio crowd was confident that Ohio is Romney/Ryan country. And hey, look, Romney supporters got the letters in the right order. 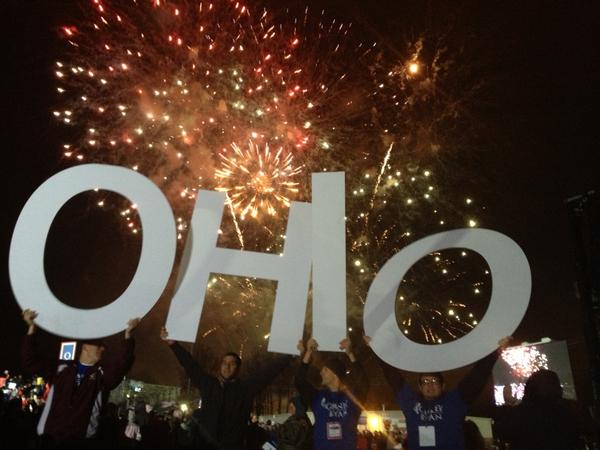 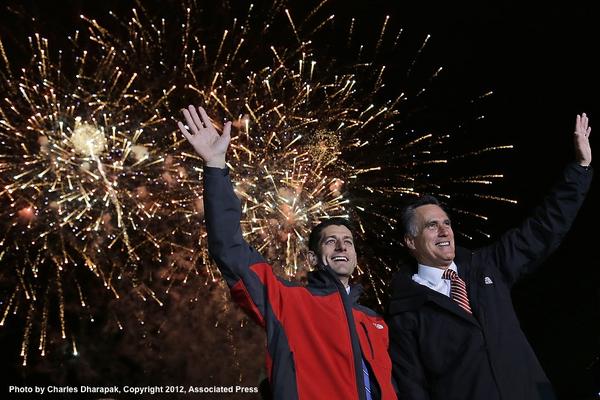 Huge crowds, deafening cheers for Romney in Iowa, Ohio: ‘Election not about me, it’s about America’