Who wakes up in the morning and thinks, “How can I best support the sitting president’s bid for reelection? Eureka! I’ll shimmy into a skin-tight latex ballot with Mitt Romney’s name emblazoned on the crotch!”

The “Teenage Dream” singer proudly strutted her Obama cultist couture at the president’s “block party” last night in Las Vegas. Because nothing says “serious and informed voter” like a rubber ballot dress. (OK, maybe Madonna had her beat with her Obama tramp stamp.)

Thanks, genius. We weren’t sure your appearance at an Obama rally was quite enough indication that you were voting for President Pop Star.

Yes, that's a ballot on @katyperry's dress, and yes it's filled in for @BarackObama! #WeDecide pic.twitter.com/g0VijHMM

Boy, it’s a good thing she checked off Obama’s name! 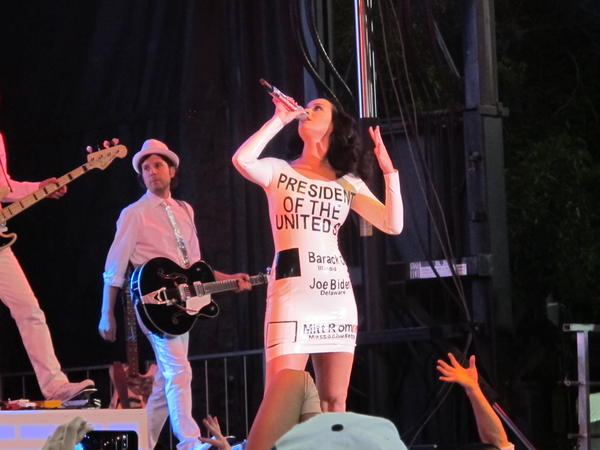 Sorry but seeing #Obama and Biden on Katy Perry's bulge was not entertaining to me. #LasVegas

Katy Perry is dressed like a ballot. There's got to be some sort of hanging chad joke here. http://t.co/RAL4mU8r

Is that a hanging Chad?! “@vbspurs: Katy Perry shows off her absentee ballot. —-> pic.twitter.com/1ndTxFK2”

NSFW RT @meredithshiner: where are the hanging chads? RT @evanmc_s Katy Perry dressed as a ballot at Obama event http://t.co/OJ3ltcCx

Helpful hint: Stay away from the Halloween stores today. We’re betting thousands of libs are desperately trying to return their Big Bird, binder and bayonet costumes this morning.

But it gets weirder (and more humiliating for Perry):

Yes, @katyperry, you can take that sticker home with you! #WeDecide pic.twitter.com/uW7RmK4B 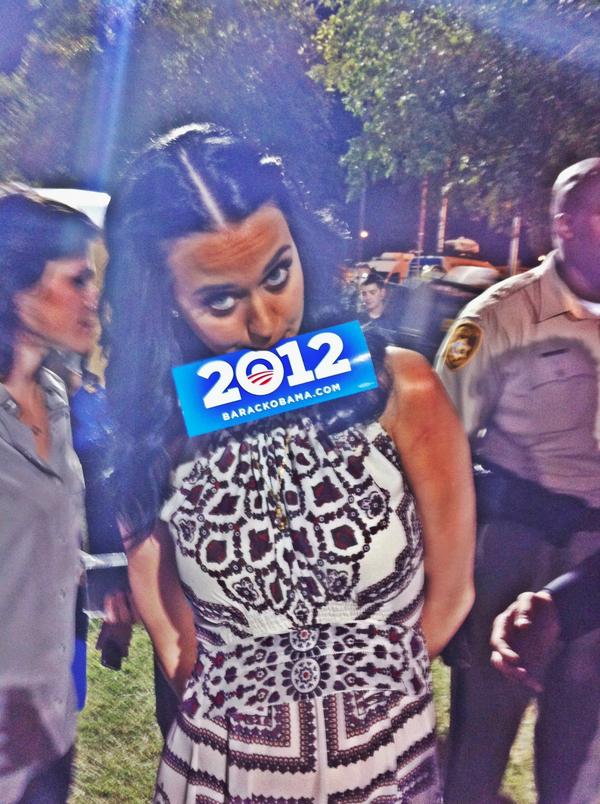 “I kissed an Obama sticker and I liked it”?

Perry finished off the night with a swoon for President Eye Candy.

So tonight was a great night! The PRESIDENT gave grandma and I unforgettable shout outs & now I am officially 28! Best. birthday. ever.

Sure, he gave her a shout-out. But does Perry really want to put the president’s familiarity with her music to the test?

I wanna know how many Katy Perry songs Obama knows