The rumored donor scandal is definitely new. But “forward” is looking an awful lot like 2008 when numerous reports exposed the Obama machine’s shady campaign donations.

In 2008, there were many illegal contributions to the Obama campaign by people using prepaid credit cards. Those are untraceable. #tcot

In 08, Obama turned off credit card software that would verify addresses of donors. That made it easy 4 foreigners 2 donate. That's illegal.

Following a record $181 million dollar haul in September, Obama’s online donor problem is expected to blow up today in what The Washington Examiner teased last week as a “blockbuster” donor scandal. The campaign has reportedly tried to block the story.

But this one’s not going anywhere. According to Twitchy’s sources, the investigation will reveal a continued pattern of rule-flouting, lax online contribution security measures, possible FEC violations and campaign finance practices that roll out the red carpet to foreign nationals.

The investigation is also expected to reveal that many members of Congress on both sides of the aisle are vulnerable to foreign donations.

Twitchy founder/CEO Michelle Malkin has a fantastic crash course in Obama’s crooked 2008 campaign finance operation that will bring you up to speed before the new information is released. Read the whole thing for a look at evidence pointing to millions in illegal foreign donations, rampant online credit card fraud and donations from phony contributors like “Mr. Doodad Pro.”

So where will the latest scandal break?

So what "national magazine" has cojones to investigate #Obama donor scandal? I'll believe it when I see it and give credit where it's due. 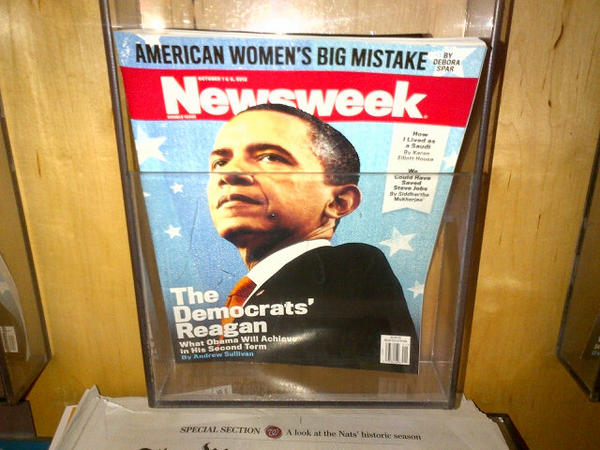 The potential for a huge October surprise has the Twitterverse hoping the Palace Guard media won’t be able to ignore the story.

I bet @mmfa has extra staffing tomorrow. Lots of lying and spinning to do for Obama when the credit card contributions scandal breaks.

KATIE PAVLICH: Rumors Swirl: How Bad Will The Obama Foreign Donor Scandal Be? Depends on how go… http://t.co/q2VPjHji via @instapundit

Twitchy will bring you the latest on the donor scandal as it becomes available.

Breitbart.com and The Daily Caller are now reporting on a donation fraud investigation conducted by the Government Accountability Institute. The GAI has released a report titled “America the Vulnerable: Are Foreign and Fraudulent Online Campaign Contributions Influencing U.S. Elections.”

Obama Campaign Has No Security to Bar Illegal Foreign Donations: Yesterday, I noted that the Obama campaign was … http://t.co/UsX11Pvw

Breitbart.com reports that the Obama campaign is the most vulnerable to illicit foreign donations. Everything old is new again.

But as both sites reveal, many members of Congress do not have adequate protection against the influence of foreign donors. 47.3 percent of members, including Sen. Marco Rubio, do not require donors to enter Card Verification Value (CVV) data.

Katie Pavlich has more at Townhall.com about the Obama campaign’s “foreign donor loophole.”

A large part of the Team Obama operation is outsourced. More than 200 domain names with the word “Obama” in the web address have been purchased. The most significant of these websites may be Obama.com, which is owned by an Obama bundler in Shanghai, China with “questionable business ties to state-run Chinese enterprises,” according to the report.

Obama.com was purchased in 2008, and, although Obama.com is owned by a third party, not the campaign itself, the site redirects its foreign traffic, a whopping 68 percent, directly to the official Obama for America campaign donation page.

The Obama machine isn’t run by technological dunces. As Pavlich notes, the online purchase of Obama merchandise requires the use of a CVV code, making it highly unlikely the lack of measures to prevent foreign donations is simply an oversight.

Naturally the Obama campaign did not respond to Pavlich’s request for comment.

Newsweek/The Daily Beast finally comes through with the story at 3:39 p.m. EDT.